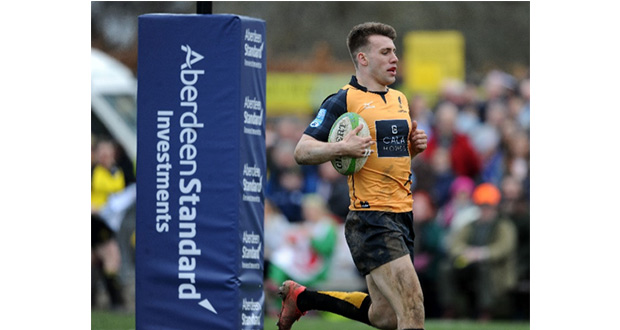 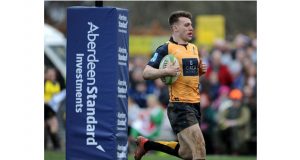 Has your local got what it takes to be named Britain’s Best Rugby Pub of 2019?

After the success of last year’s inaugural quest, organisers of the Aberdeen Standard Investments Melrose Sevens are again calling on pub going fans to nominate their favourite rugby watering holes.

The social media campaign launches today (Friday) when pub-goers across the nation are being asked to say why their local deserves the title.

Manager James Reeve of inaugural title holders the Merchant’s Inn at Rugby said that the win gave the venue an unexpected boost. They were up against stiff competition from the Athletic Arms in Edinburgh, the Cabbage Patch at Twickenham, The Palmeira at Hove and the Buccleuch Arms Hotel in St Boswells in the Scottish Borders to be crowned winners in April last year.

James said: “First up it was a massive shock, but also an honour, to win this competition as we were up against some of the best in the business. We’ve used the award win in our advertising and promotion and we’ve had a lot more visitors as a result. The plaque takes pride of place outside our premises and it’s the first thing that visitors see when they walk in – they know they are entering Britain’s Best Rugby Pub of 2018. We would love to retain the title, but we know the competition will be tough.”

Britain has an abundance of pubs where people come together to enjoy shared interests including rugby, and often the atmosphere in clubs and bars during big-match screenings can be almost as electrifying as you’d find in a stadium.

Rugby fans who can’t travel to the Borders to cheer on the home and international teams at the 129th Aberdeen Standard Investments Melrose Sevens on Saturday, April 13 will be able to savour match day action through television coverage.

So, it’s a great opportunity for fans to get into some pre-tournament rivalry by putting forward local hostelries as contenders.

Whether it’s the good craft beer on tap, big screens showing matches, tasty food or the convivial atmosphere, it’s up to the pub-going public to state why they think their local deserves the honour.

Douglas Hardie, president of Melrose Rugby Club said: “It’s all to play for – we can’t wait to hear the pub-going public’s suggestions for the 2019 Rugby Pub of the Year. Going by last year’s experience, we expect this competition to generate plenty of competitive rivalry, just as there will be on the pitch at Melrose on April 13.

“More than 12,000 people will descend on Melrose to attend the tournament, and many more will be watching television coverage in bars or pubs. Imagine the added satisfaction of enjoying the tournament in a venue that has just been named Aberdeen Standard Investments’ Melrose Sevens Rugby Pub of the Year.”