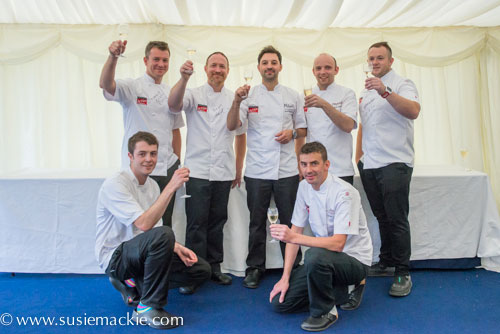 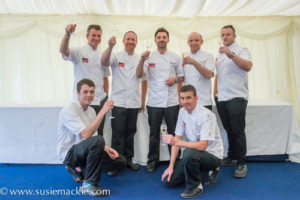 On Sunday 9th September trade charity Hospitality Action will return to Beaufort Polo Club in Gloucestershire for its ninth annual Charity Polo Day. The funds raised will help those most in need across the hospitality industry.

The Polo Day is supported by a number of local establishments including seven award-winning South West chefs; the Michelin-star Hywel Jones of Lucknam Park, the Michelin-star Niall Keating of Whatley Manor, the Michelin-star Rob Potter of The Manor House, Richard Davies of Calcot Manor, André Garrett of Cliveden House, Robby Jenks of The Vineyard, and Kris Biggs of The Rectory Hotel who will provide the day’s afternoon tea.

Each of the chefs will contribute towards a delicious three-course meal with two chefs taking on the same course to provide a unique twist to the day’s service. Menu highlights include Niall Keating’s roast rack of Wiltshire lamb, dill fermented gem lettuce and fresh wasabi and Richard Davies’ Welsh lamb two ways, spiced aubergine, artichoke and braised spring onion.

The event will begin with a Taittinger Champagne and canapé reception on the lawns of the prestigious Beaufort Polo Club, before lunch is prepared. Grandstand seats will be reserved for guests to watch the final of the Solitaire Salver prior to ending the day with an afternoon cream tea prepared by newcomer to the event, Kris Biggs.

Hywel Jones, Executive Chef of Lucknam Park Hotel and Spa said: “It is hard to believe this will be the ninth Polo Day I have been a part of. We are very lucky to have so much talent in the South West and last year the event raised over £50,000 thanks to the combined effort of all those who took part. The Polo Day is a calendar highlight and this year, thanks to suppliers such as Flying Fish, Total Produce and Creed Foodservice, I know we can raise more than ever before”.

Chairman of the Hospitality Action South West fundraising board and Calcot Hotels Executive Chairman Richard Ball adds: “Over the years the Polo Day has grown in popularity and this year is no exception. The event is a real team effort and brings together the best of South West hospitality. I am extremely grateful to all those who have lent a hand and consistently make the Polo such a tremendous success”.

There are limited places available to the day. Tickets are £105 per person or £950 for a table of ten and include a Taittinger and canapé reception, a three course lunch and half a bottle of wine per person, grandstand seats to view the polo from and afternoon cream tea as the day draws to a close. Each of the partner hotels are also offering special rates for guests on the evening of September 9th.