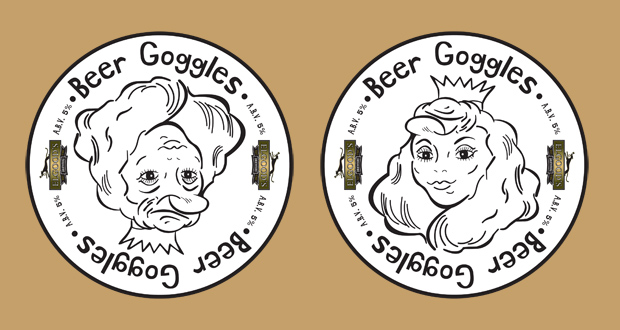 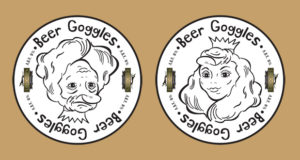 A West Sussex pub The Kings Arms has found itself at the “cenre of a Twitter storm” after a an alle called “Beer Googles”, was deemed outdated and sexist across social media.

The “offending” beer clip features an old woman, and then rotates to show an attractive young woman, and sparked outrage when localpub guide site Wiki Sussex Pubs posted a picture of it online, saying it was the ‘best pump clip’ they’d seen in ages.

The Kings Arms has removed both the beer and the pump clip saying: ‘We notice that a pump clip on show in our pub seems to have caused upset. ‘Our interests lie in selling good beer to all with cheer, as long as you’re between 18 and 118 you’re welcome. This pump clip or beer will not feature on our bar again!’

A spokesman for makers of the ale Elgoods Brewery said ‘This is a beer, and pump clip, that we have sold nationwide in both 2017 and 2018 and it has been well received in trade. ‘The pump clip and name is based on an old, traditional image (somewhat older than the 1970s!) and is meant to be, and is generally accepted as, a little bit of fun. ‘We are a very old family brewery, owned and run by three sisters and would not seek to intentionally offend people although it is always possible to do so inadvertently.’ 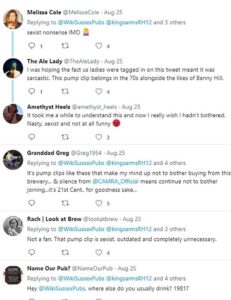