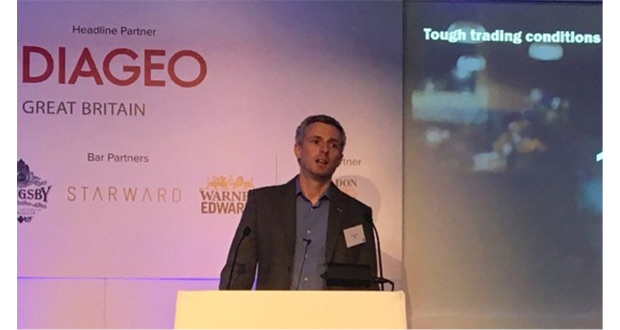 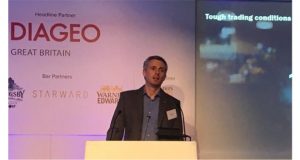 Gin sales continue to soar, but rum, premiumisation and cocktail innovation can all help to further grow the thriving and fast moving out of home spirits market.

Those were among the messages from a session delivered by CGA’s director of client services Jonny Jones (pictured left) at the Morning Advertiser’s Spirits Summit in October. Here are six of the big takeaways.

Spirits now have a 22.1% share of all drinks sales by value, according to CGA’s On-Premise Measurement Service—up by two percentage points in just four years. Some of that growth has come at the expense of categories including beer and wine, but it is also being fuelled by innovation in serve and flavour, Jones told the Summit. “The spirits category is a hugely important revenue driver for the trade, and one that is helping operators to sustain growth in a challenging marketplace.”

Observers have been wondering whether the on trade has reached ‘peak gin’ for several years now, but CGA data suggests that point is still a way off. Sales have leapt by a third (33.2%) in the last year alone, and outlets now stock an average of 6.7 gin brands—nearly three times as many as the average of 2.4 just four years ago. Gin now attracts 14 pence in every pound spent on spirits in the on trade, with pink gin a particularly important driver.

While gin is still the clear growth leader, other categories are also growing fast. Sales of golden rum and dark rum are up by 10.9% and 8.6% respectively in the last year, and now have a combined 7.2% share of the spirits market. Irish Whiskey sales are meanwhile up 2.8%. “Rum and Irish whiskey have seen plenty of innovation, as well as solid performance from bigger brands, and are tapping into consumer demand for discovery, new flavour profiles and products with heritage and an interesting brand story to tell,” Jones told the Spirits Summit.

The trend towards upmarket brands in out of home drinking continues, with sales of premium spirits growing in double digits in the last year. Of the 964 spirit launches in the last three years, more than a third (329) have been in the premium category and nearly half (454) in the super premium category. But the trend is also evolving—most notably in the way that these brands are becoming more commonplace in mainstream as well as premium venues. Since premium spirit drinkers tend to be big spenders—with an average monthly on trade spend of £104.82, against £78.16 for standard spirit consumers—it is clearly a vital demographic to serve.

Cocktails are a crucial factor in the ongoing success of spirits, and CGA data shows that sales by value have risen by 7.5% in the last year. But as Jones pointed out at the Spirits Summit, there is still plenty of headroom for growth. Making greater and more prominent use of popular spirit brands could be one way to achieve it, and with the stigma around draught or pre-batched cocktails now falling away, different serves may present another route.

The 20 million British adults who enjoy spirits out of home are more likely than average to be engaged and experimental with their drinks. CGA’s BrandTrack consumer research shows that well over half (58%) of spirit drinkers enjoy trying new brands when out. But with so many new options arriving on the market, operators need to be careful not to overload drinkers with too much choice. For suppliers, the challenge is to make new product development considered and compelling, Jones said.