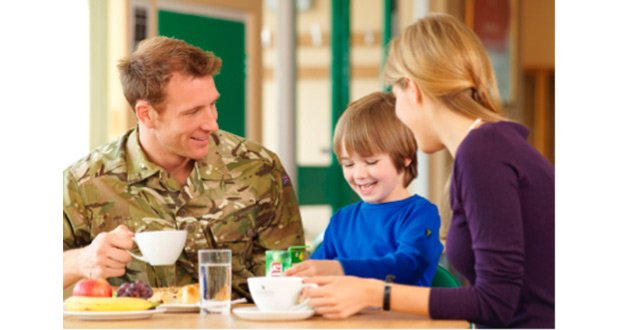 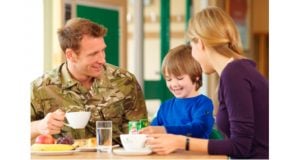 Global services company Sodexo has announced its intention to develop and launch an employee network specifically aimed employees with a military background, and/or are a reservist. The network will initially launch within Sodexo’s Government & Agencies business which currently hold a number of key military contracts, but once established will extend to relevant employees from across its business.

The announcement marks the beginning of the celebrations in the lead up to Armed Forces Day (29 June), and Sodexo will be encouraging its employees to register their interest in joining the network.

The aim of the network will be to create a forum for employees to share their experiences as well as provide advice and support for new recruits so that Sodexo becomes known as an employer of choice for those leaving military life or are part of, or interested in joining, the Reserves.

As part of Sodexo’s Public Service Pledge, a target has been set to employ 200 ex-service personnel, which Sodexo achieved with 203 employed. Sodexo is proud to support and provide employment opportunities at every level to those leaving the military.

Oliver Smith, centre manager, Defence, Sodexo UK & Ireland who was a Royal Navy chef serving on multiple ships says: “After spending five years with the Royal Navy taking up a role in the FM industry has been an easy transition. The industry offers similar structured processes and a clear leadership vison much like the Armed Forces, and working on an MOD site feels like coming home after working in various restaurants on the high street before joining Sodexo.”

Jamie Thomas, account manager, Government & Agencies, Sodexo UK & Ireland says: “I am extremely proud of my military career which spanned 24 years including roles from chef to catering manager, environmental health, training analyst through to RCWO and ending as a DO and contract officer. I was a little apprehensive about leaving the military but found the transition extremely easy.

The leadership and values I gained from my diverse military career allows me to work within a familiar and unfamiliar context and most important the ability to inspire people to be the best they can be. As ex-military never underestimate that the value you bring to the private sector. The foundation and total understanding of the importance of the team will make you stand out from the crowd as a true leader.”

In 2017 Sodexo was awarded the Gold Employer Recognition Award by the Ministry of Defence in recognition of the company’s commitment and efforts to support the entire Armed Force community through its strong policies which include:

the positive recruitment of ex-military personnel

a partnership approach to supporting service charities such as SSAFA, the Armed Forces charity. Sodexo has been a partner to SSAFA for 14 years and provides valuable sponsorship, enables volunteering, fundraises as well as providing financial support for the charity’s homelessness fund.

Paul Anstey, CEO, Government & Agencies, Sodexo UK & Ireland concludes; “This is an important week and one our teams respect and work hard to support our clients in the defence sector and the entire Armed Forces community. This year we will be supporting the national event in Salisbury with a team from our Allenby Connaught contract supporting SSAFA’s Big Brew Up providing refreshments to guests to the national event between Friday 28 and Sunday 30 June.

This week is the perfect time for us to kick start our network, we want to ensure we are doing all we can to attract ex-service personnel to our business and to support those we already employ. I am looking forward to seeing the network grow within Government & Agencies and the wider Sodexo business.”