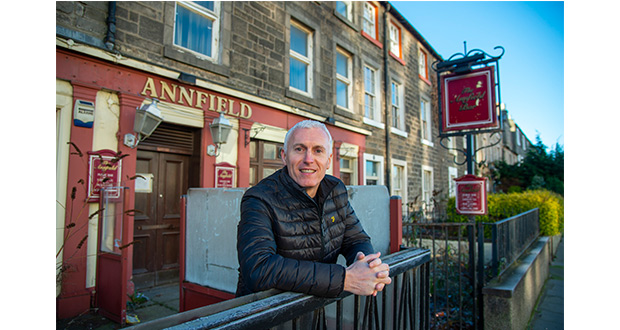 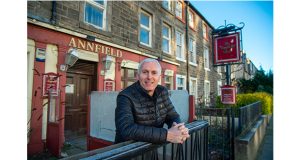 Two multiple operators have taken on Edinburgh pubs and are undertaking major investments with Star Pubs & Bars, part of a £960,000 investment in four pubs being made in the Edinburgh area by the pub company in the first quarter of 20191. Around 40 new jobs will be created as a result.

The Annfield and The Victoria are both having kitchens installed to enable them to capitalise on the growth in eating out in pubs and will also offer Barista style coffee, broadening their appeal throughout the day.

Star Pubs & Bars is investing £325k in a £500k refurbishment of The Annfield with Scottish multiple operator, Neil Douglas who also has the award winning Ardnamurchan in Glasgow. The pub, which has been closed for a couple of years, is to reopen at the end of March as a neighbourhood bar serving a range of gourmet burgers to suit all tastes. It will be renamed Basil’s, a tongue in cheek reference to 1960s modernist architect Sir Basil Spence and will have some funky 60’s style interiors mixed with the concrete cool of Basil Spence’s brutalist designs. Its new modern industrial look will feature exposed brick walls and concrete panelling with retro painted slogans, a block wood rustic bar and bench seating.   The nine-week refurbishment, which is already underway, will see the interior opened up to create one large eating and drinking area with 80 covers.

Neil Douglas said: “The pub needed investment for it to realise its potential. It’s an exciting opportunity to create a real resource for the community as the area is currently under provisioned, especially with the new harbour development. Basil’s will be somewhere people can walk to. As well as offering a wide range of drinks, including some great cocktails, it will open for coffee in the morning, cater for families at lunchtime and in the evening be somewhere you can pop in for a good quality burger with a pint, glass of wine or a cocktail in a cosy corner. At the weekends, we’ll also have sport on the TV in the bar area and some house and funk music in the evenings.”

The Victoria, which has been closed since September, will reopen at the end of March with the look and feel of a dynamic city centre bar and a distinct European offer. Different to any of the traditional pubs in the locality, it will be renamed Damm27 to reflect its change in direction. The pub is being completely overhauled and will have a sleek retro urban interior. The two-room layout is being reconfigured to create one relaxed eating and drinking area. At its heart will be a new central bar surrounded by a mix of high tables and chairs and booth, banquette and freestanding seating. The walls will be stripped back to make a feature of the exposed stone, and new timber and tiled floors fitted.

New licensee Andy McCartney, who recently opened Embargo in Glasgow, said of his plans: “This is my first site with Star and hopefully the first of many as I expand and grow my hospitality bar and restaurant group across Scotland.

Other pubs benefiting from investment in the first quarter include The Scotsman on Cockburn Street which reopened on 1st February having had its décor, bar and floor upgraded; and The Spylaw in Colinton, popular with walkers and cyclists, where outside dining booths are being installed as part of a complete six-week refurbishment which commences on 4th March.

The company also plans to invest a further £340,000 in The Phoenix on Broughton Street, changing it from a sports bar into a top end stylish pub with a name change offering great quality food and drink. Designs for the city centre pub include new parquet floors, an antique mirrored ceiling, panelled and tiled walls and rich jewel coloured velvet and leather banquette seating together with greenery throughout the pub to add to the opulent ambience. It is currently looking for a licensee to take the pub forward.

Brian Davidson, Star Pubs & Bars Regional Operations Director said: “We’re delighted to be kicking off 2019 by investing in some fantastic Edinburgh pubs, as invested pubs, especially those offering food, are good news not just for licensees who run them but for the communities they serve. Investment attracts new licensees, which then creates new jobs, boosts local businesses and helps brings people of all ages together throughout the day and evening.”