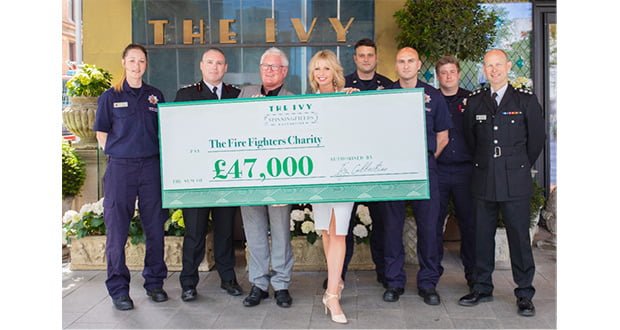 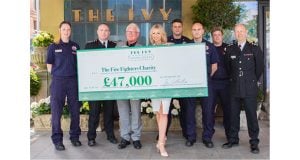 Following on from last month’s Ivy Spinningfields, Manchester Super Party, the restaurant is delighted to announce that £47,000 was raised for The Fire Fighters Charity. A special event hosted to thank the people of Manchester and the Greater Manchester Fire Department following their support and management of January’s rooftop fire, all proceeds from The Ivy Circus will now be donated to the Charity.

The Fire Fighters Charity helps to rescue the rescuers, supporting them to recover their lives when they need it the most, looking after the everyday heroes of the UK fire community.

Leon Parkes said: “This is a fantastic sum of money that I know will go a long way in helping former and serving firefighters. It is only down to donations like this that The Fire Fighters Charity can do their work so I would like to thank everyone who donated and helped raise this money.”

“On the night our Firefighters were quickly on the scene and were able to get the fire under control and extinguish it. They deserve nothing but praise for their work that night and we all appreciate the fundraising that has been done as thanks.”

Laura Bamber adds: “We are delighted to be supporting The Fire Fighters Charity, as well as with the amount raised through ticket donations. We wanted to say thank you to the fire department for everything they did for The Ivy Spinningfields back in January – we are truly grateful and the work they do within the community is unfounded.”