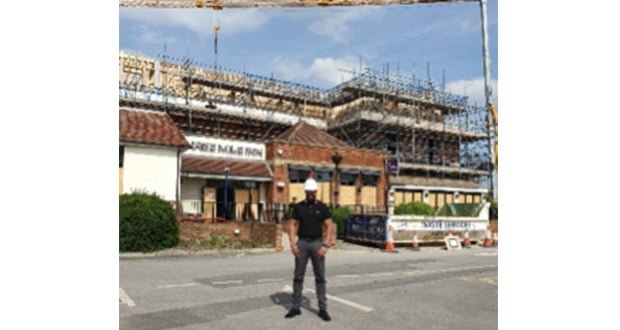 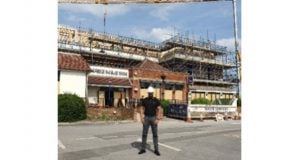 A multi-million-pound project to transform a well-known North East pub into a hotel, bar and restaurant is entering the second stage of development.

North East hospitality giant Malhotra Group PLC has now completed the first stage of its £6.2m development of Three Mile Inn, Gosforth, Newcastle, with the creation of a three-story extension.

And they have revealed what lies in store for diners, residents and visitors when the Great North Road venue opens later this year.

The site – which will be called Three Mile – will incorporate the Great North Hotel, and the recently built extension will house its 64 luxurious en-suite bedrooms.

The Great North Hotel is also expected to become a sought-after wedding and conference venue and work will now begin on the creation of function rooms and private dining facilities, along with a residents’ lounge, café and bar.

Another major attraction of the Three Mile site will be a new family friendly restaurant; the Pizza Dough Co.

Replacing the hugely popular Scalini’s, it will take its influence from American-style pizza restaurants and will be an open plan design so customers can watch pizzas being prepared and cooked in traditional stone ovens, with rotating plates, that can reach temperatures of 400˚C.

An estimated 75 jobs will be created when work is complete and the Malhotra family hopes that, as well as welcoming leisure and corporate guests, the venue will become a much-used community hub for neighbouring families.

“Inevitably there has been a lot of speculation about the Three Mile site since work began,” said business development manager, Fabian Pritchard, “so I’m delighted we are now able to give a little more detail about what people can expect when we open.

“We are on schedule to be open by late autumn and not only are we already taking bookings for Christmas and the New Year, but our wedding team is also in place and happy to meet couples planning a 2020 celebration.”