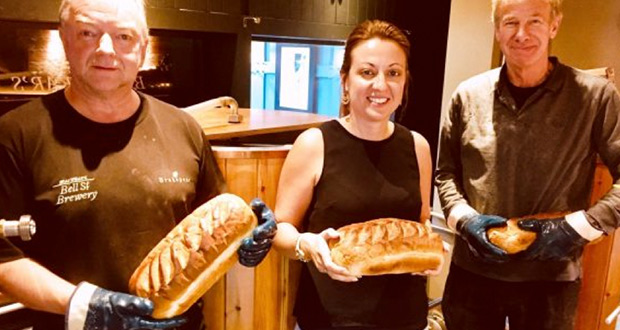 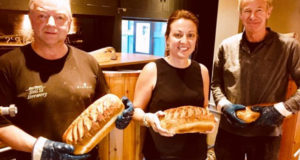 Henley brewer and pub operator Brakspear is collaborating with Toast Ale to brew an ale from surplus bread. Henley on Toast will be sold in pubs during Cask Ale Week (20–30 September), with 30p per pint sold donated to Toast and Feedback, the charity campaigning to end food waste.

Henley on Toast is a 4.1% ale, brewed at Brakspear’s Bell Street Brewery in Henley by head brewer Malcolm Mayo. The recipe, created in collaboration with Toast, uses surplus bread from Lawlor’s bakery in Henley, together with pale, Cara and crystal malts, and a portion of oats. As well as Bramling Cross and Amarillo hops, Cascade is added as a late hop, alongside sliced oranges. The result is a rich auburn ale with tart bitterness and a hint of citrussy zest.

The spent grain from the brewing process is being given to Pete Holmes, a farmer near Maidenhead, to feed to his pigs, ducks and chickens. Most of the malt and hops used in Henley on Toast are British and, with distribution limited to the Brakspear estate, its carbon footprint is minimal.

Mayo said, “Brewing with a new ingredient is always a challenge, but we’re very pleased with Henley on Toast. It’s an easy drinking ale, well balanced with a bit of a zesty kick from the oranges.”

Brakspear chief executive Tom Davies said, “This is the first collaboration brew for the Bell Street Brewery and we’re delighted with the result – a deliciously tasty ale brewed from bread that would otherwise have been thrown away, with a donation towards ending food waste.

“We’re confident our customers will be more than happy to order a pint or two of Henley on Toast in their local, knowing that it supports a worthy cause. Our Honey Bee beer raising funds for Friends of the Earth’s Bee Cause was popular earlier this year, and we had an excellent response to our campaign to get rid of plastic straws, so we know our customers are concerned with environmental issues and expect them to support an end to food waste.”

Toast’s head of partnerships Chris Head said, “We’re delighted to work with Brakspear on this collab beer and really excited about Cask Ale Week. Drinkers will be able to support our environmental mission simply by enjoying a delicious beer. Food production is the biggest impact we have on the planet, yet one-third is never eaten.

“The biggest culprit is bread, so drinking a beer made with surplus loaves is a great way of doing your bit. We can’t wait to raise a glass of Henley on Toast with punters.”

The bread in Henley on Toast has been provided by Lawlor’s, who have been baking in Henley since 1948. Twenty-eight kilos of their brown and white bread went into the brew, producing 12 firkins (864 pints).