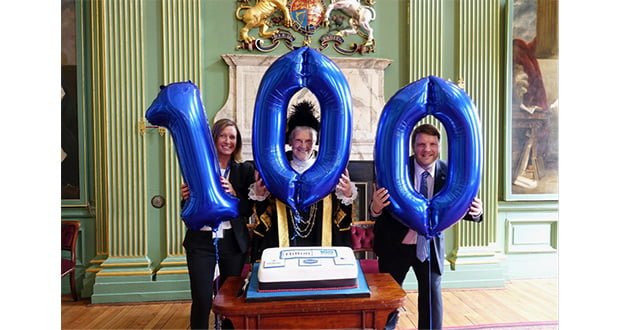 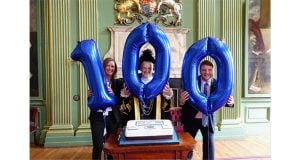 Two York hotels have come together to celebrate the centenary of the founding of the international group they belong to.

The DoubleTree by Hilton, and Hampton by Hilton, will use the occasion of the 100th anniversary of the founding of the Hilton Group to begin a series of team-building and charity events – all centred around the number 100.

The managers from both venues, Martin Bradnam from the DoubleTree and Victoria Gabb from the Hampton, came to together on the city walls to cut a giant birthday cake, which was then shared with guests and staff at both hotels.

Mr Bradnam, who has worked for Hilton for more than 20 years and took over at the helm of the DoubleTree in February, said: “When Conrad Hilton first used the phrase ‘location, location, location’ he could well have had York in mind.

“It’s a fantastic city to do business in, and today York boasts three Hiltons, all different yet all founded on the same values.

“I’m delighted we are sharing this momentous milestone with the Hampton. Even though we are competitors, it is great that we have come together as Hilton colleagues.”

Miss Gabb, who has worked for Hilton for seven years, said: “We are very proud to be part of the Hilton group, and in approximately 12 months York will have its second Hampton by Hilton, which is a real vote of confidence in this city.

“The Hilton group is very community minded and both us and the DoubleTree are using this anniversary to undertake a series of events to raise money for charity and improve the local environment.”