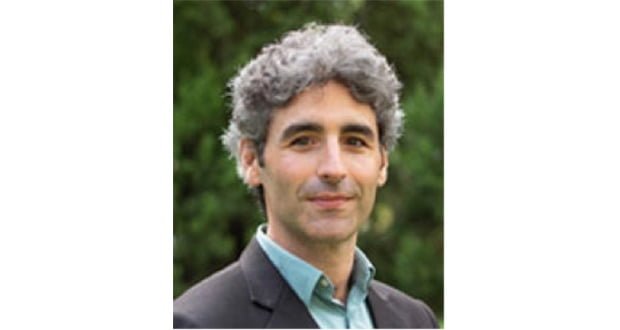 Summer season bookings from the UK to European Union countries are lagging 4.6% on last year as Britain prepares for its first post-Brexit holidays, according to latest findings from ForwardKeys which predicts future travel patterns by analysing 17 million booking transactions a day.

The analysis of tour operator bookings for UK outbound travel, from January to the end of October 2019, predicts that overall there will be flat growth this summer. Bookings to the rest of the world (non-EU) are ahead 13.8%, which leaves the total summer season outlook behind 0.2% on last year. 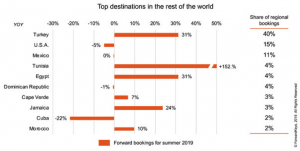 Air travel between the UK and EU countries accounted for 70% of Britain’s total traffic in 2018, and outbound first quarter booking levels are crucial to yearly results. According to ForwardKeys, European summer travel was 59% booked by the end of March last year.

This year, top European destinations have taken a hit from waning British demand. Spain, with a 53% EU market share, is currently behind 7.0% on UK summer bookings compared to last year. Greece is behind 2.7%; Cyprus is behind 6.9% and Portugal is behind 10.6%.

Instead, many Brits appear to be flocking elsewhere in the southern Mediterranean. Turkey, with a huge 40% share of non-EU holiday bookings, is seeing demand ahead 31% on last year. Tunisia, Egypt and Jamaica are currently also doing very well. These trends are very much in line with those observed over the summer of 2018, when security concerns in Turkish, North African and Middle-Eastern destinations started to fade.

EU bookings to the UK have slowed considerably in the first quarter of this year.

But there’s a brighter Easter outlook for EU travel to the UK with bookings currently ahead 7.7% with the major origin markets, Germany, Netherlands, France, Sweden, Spain and Italy, all showing growth.

And growth in scheduled seat capacity on direct flights to the UK from the EU is set to improve this summer.

people’s thinking about holiday travel plans. But there’s still plenty of confidence in the market, reflected in increased seat capacity. UK-EU air travel accounts for a big proportion of the UK’s total and that’s likely to remain unchanged post-Brexit, whenever that happens.”