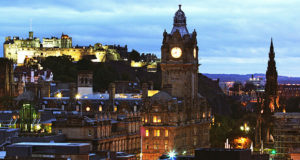 Willie Macleod, UK Hospitality’s Executive Director for Scotland, said: “We are extremely disappointed today that the City of Edinburgh Council has voted in favour of a tourist tax.

“During the debate, Cllr McVey stated that consultation was a critical part of their process. Our members in the city would disagree, they do not support the introduction of a tourist tax and their opinions have been ignored.

“It has been suggested that a tax will raise up to £14m but economic impact modelling shows that it would cost the city £94m, making it the highest taxed city to visit in Europe. In these days of austerity, it seems bizarre that councillors would jeopardise losing millions of pounds of potential revenue from not only international visitors but also “staycationers” from Scotland and the rest of the UK.

“Furthermore, the City of Edinburgh Council vote comes despite no legislation having yet been passed by the Scottish Parliament and the Scottish Government has yet to initiate its promised consultation on any such legislation.”