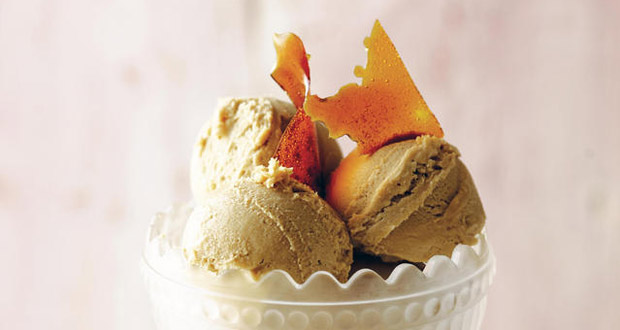 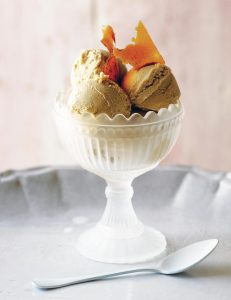 In 2012, the queen’s diamond jubilee year, LittlePod‘s MD Janet Sawyer was astonished and honoured to be awarded a British Empire Medal. In celebration she decided to develop a LittlePod vanilla beer, particularly for our hampers. Lo and behold the beer was selected by the UK Houses of Parliament’s All-Party Beer Society to accompany the coffee panacotta at their chariman’s dinner at the House of Commons.

Warm cream, milk and sugar until the sugar has dissolved then pour onto egg yolks and whisk

Return to a clean pan and cook over a low heat stirring continually, until thickened and it coats the back of a spoon. Remove from the heat

Put the vanilla beer into a pan and reduce by a half. Whisk into the egg mixture the reduced vanilla beer, ice cream stabiliser and vanilla paste

Allow to cool, before transferring to an ice cream machine, then churn according to manufactures instructions

When smooth add the vanilla paste and a drop more reduced vanilla beer!