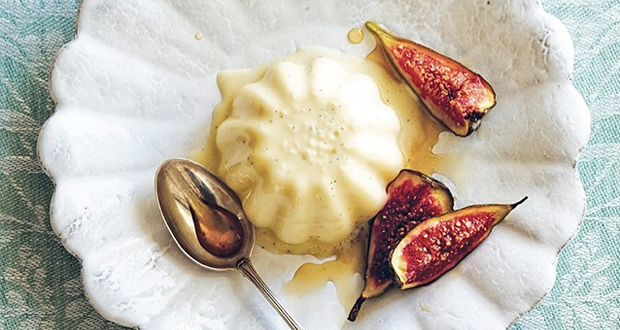 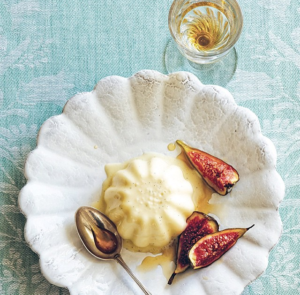 LittlePod‘s Janet says: “When I was young, my mother used to make this as a soother and reviver after I’d been ill, especially if I’d had a sore throat. The addition of the vanilla livens up what might otherwise be a rather boring pud. Any fruit works well with it, but my favourite is figs and honey.”

Place the gelatine leaves in a little cold water. Add the lemon to the milk and leave to stand for 10 minutes.

Pour the cream into a pan, add the sugar and stir over a gentle heat until the sugar has dissolved. Once it simmers remove from the heat.

Stir the gelatine into the cream until dissolved. Sieve into a bowl and add the milk and vanilla paste. Divide the mixture between four small bowls or ramekins and refrigerate for at least 4-5 hours.

To serve put the ramekins into very hot water and then turn over onto the serving dish. Serve with the baked figs.