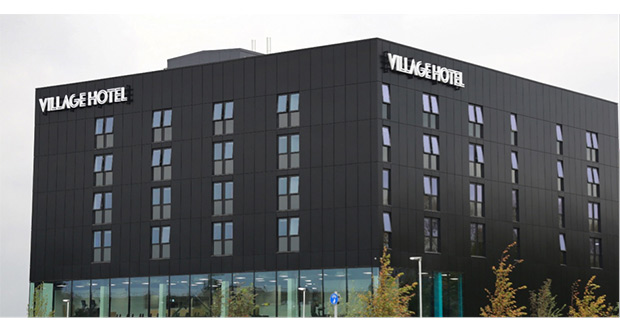 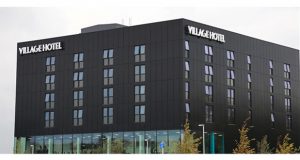 Village Hotel Club today reveals its aggressive expansion plans. The hotel chain, which currently has 29 hotels across the UK, plans to open five hotels over the next two years, with a further fifteen sites planned by 2026. The hotel group’s research has indicated that there are over 100 potential Village Hotel locations across the U.K.

Executive Chairman Gary Davis reveals these plans as the hotel chain opened its 30th hotel this month, in Filton, the heart of Bristol’s technology and business hub.

The Village Hotel Club is a unique high-tech hotel concept with a focus on being a modern-day hub for the community. Each hotel is bedded in its local area, offering a unique lifestyle service with stylish, high-tech bedrooms, state-of-the-art gyms, a unique hot-desking business called VWorks which provides local business with flexible working spaces, and the Village Hotel Pub and Grill which acts as the ‘local’ for many of its customers. This distinctive concept has been created with the modern traveller in mind, with five new Village Hotel Clubs set to open by 2020: Southampton, Basingstoke, Cambridge, Milton Keynes and Slough.

The planned openings reflect Davis’ strategic development of the business and cement the hotel chain’s significance as a big employer in regions across the UK, with Village investing £24 million and employing 120 people per hotel – a total planned investment therefore of £480m over the next eight years.

As Executive Chairman of Village Hotel Club he is instrumental in the company’s plans for growth and expansion, creating a next generation model that ticks all of the boxes for hotel users and developers. Previously, Mr. Davis served as the Chief Executive Officer of Malmaison Hotel du Vin Holdings Limited; Chief Executive Officer of De Vere Village Hotels at De Vere Group plc. and as a Senior Executive at Hard Rock and Planet Hollywood bringing the popular brands to the UK.

Davis said: “At Village Hotel Club, we do things differently. For us it is all about being a part of the local community – not only through investment in the local area, but in offering both guests and local residents alike the opportunity to take advantage of our full lifestyle offering. We offer more than just rooms, but a thriving hub for locals, gym goers, the business community and guests for our events, such as our hugely popular live tribute acts.

“The openings in Bristol this year, and Portsmouth last year, mark a turning point in Village Hotel Club’s expansion plans, and Bristol is our most high-tech hotel to date. We are continuing to innovate and develop the product with the modern visitor and resident in mind, and I look forward to working with the entire Village team to ensure that we continue to deliver success.”

The new hotel in Bristol is the brand’s most high-tech offering yet, with every bedroom fitted with a virtual concierge, the Amazon Echo or Echo Dot – allowing each guest to order room service, set alarms, call room to room and pick their entertainment without lifting a finger. The hotel also includes a state-of-the-art gym, including the immersive Les Mills spin class – one of just eight in the UK.

In September, the hotel and health club chain announced a nationwide campaign, The Village Green, which will see the business roll out a range of charity and community initiatives across its 30 hotels, including in Bristol. This involves a huge commitment, announced by English cricket captain Joe Root, for Village Hotel Club team members to spend more than 30,000 hours per year volunteering in the local community. Each hotel will encourage 10 employees per month to spend a day with any charitable or community project they wish. In addition, every hotel will dedicate one day per month to supporting local sporting groups or events and will also adopt a local charity for the year.