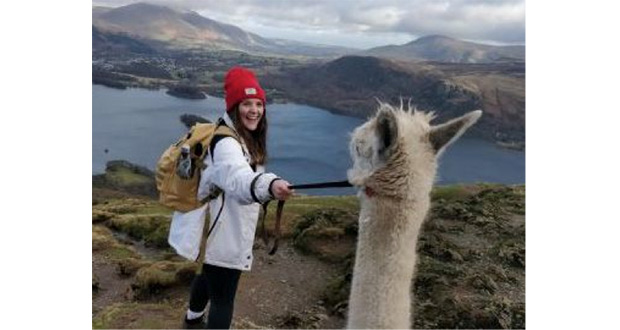 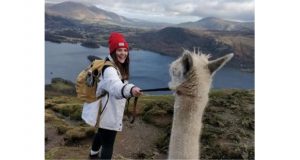 VisitEngland has this week released a series of digital animations to inspire young Brits to take a short break at home in England.

The digital clips target young people with images of experiences and activities typically taken during a gap-year that can be condensed into what VisitEngland has termed a ‘microgap,’ a short domestic break of one to three nights.

The series of seven 10-second clips are being displayed on digital billboards across 100 locations including railway stations and shopping centres in England, Scotland and Wales.

The activity, which runs for three weeks, is part of VisitEngland’s wider #MyMicrogap campaign which launched last year to encourage more young Brits to holiday at home.

“From walking with Alpacas in the Lake District to road-tripping through the North York Moors National Park, from sampling the food stalls in Pop Brixton in London to unleashing your creative side painting murals in Manchester, we want young Brits to discover the great experiences right here on their doorstep.

“By igniting the passion to holiday at home and encouraging young Brits to try something new we can boost growth from tourism now, spread its economic benefits across more of the year and cement the holiday habits of the future.”

The #MyMicrogap campaign follows research by VisitEngland into the travel habits of young Brits which showed that less than a quarter (24%) of 18-to-34 year olds were likely to take a career break to travel in the next three years.

The idea of ‘microgapping’ however appealed to almost two-thirds (64%) with more than half (57%) likely to take a microgap during the next three years. Research showed that young people keen on taking a microgap wanted the same self-development opportunities typical of a gap-year. Top activities and experiences sought were wellbeing and relaxation, visiting iconic landmarks, trying local food and drink and seeing nature and wildlife.

The campaign is run by VisitEngland in partnership with the tourism organisations of Scotland, Wales and Northern Ireland and is part of a drive to get more young people to holiday at home, whether learning a new skill, volunteering or ticking off a bucket list experience.

#MyMicrogap, part of the UK Government’s GREAT Britain & Northern Ireland campaign, is expected to generate an additional £62 million in domestic tourism spend for the economy. It builds on an earlier campaign in 2017 which targeted the ‘lost generation’ of young Brits to take a holiday at home.