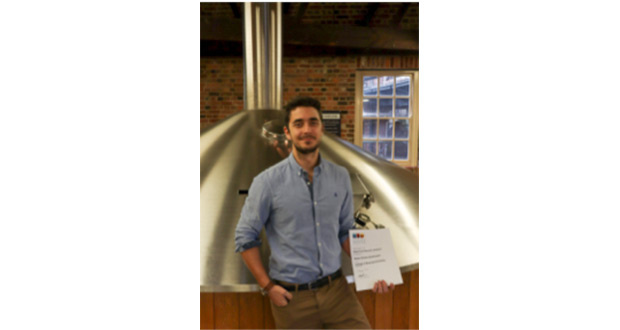 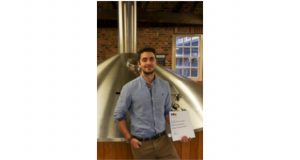 Head Brewer at Wadworth, Rob Jacobson has recently qualified as a Master Brewer with the Institute of Brewing and Distilling. Rob Jacobson left the sunnier climes of South Africa to join the Wiltshire based family brewer as Head Brewer in early 2018.

Rob was educated at the University of Cape Town graduating with a Bsc. (Hons) in Biomedical Sciences and subsequently completed a Post Graduate in Enterprise Management (PDEM) from UCT’s Graduate School of Business. He began his brewing career as a Brewing Assistant at Paulaner Brauhaus and thereafter Boston Microbrewery (Cape Town). Rob joined South African Breweries in 2011 as a Brewing Technical Trainee, which he completed top of class whilst simultaneously completing his IBD Brewing Diploma. He served production roles within Rosslyn Brewery (Pretoria) as a Brewing Team Leader, Brewing Unit Manager and finally a Brewing Specialist. He moved to Newlands Brewery (Cape Town) within the function of Brewing Specialist before making the big jump to the UK and Wadworth in 2018.

With his recent successful qualification, Rob said, “I’m very grateful to the many people who have taught and trained me, made sacrifices, and put their energy into supporting this journey. I feel it’s a big accolade and something I am really proud to have achieved. Looking forward now to further building my career in the UK and with Wadworth”.

CEO for Wadworth, Chris Welham added, “It’s fantastic to have Rob on board with his energy, innovative and creative skills and knowledge of brewing. This qualification is testament to his skill set and ability and we are immensely proud to have him at the helm of our brewing team and brewery”.

Since taking over as head brewer at Wadworth he has has introduced new brewery processes and is currently developing a new range of seasonal beers for 2019 alongside brewer’s creations for beer enthusiasts to try in chosen locations in the Wadworth estate. He has brought his avid enthusiasm of beer culture and a great love for the outdoors to Wiltshire where he has now settled.