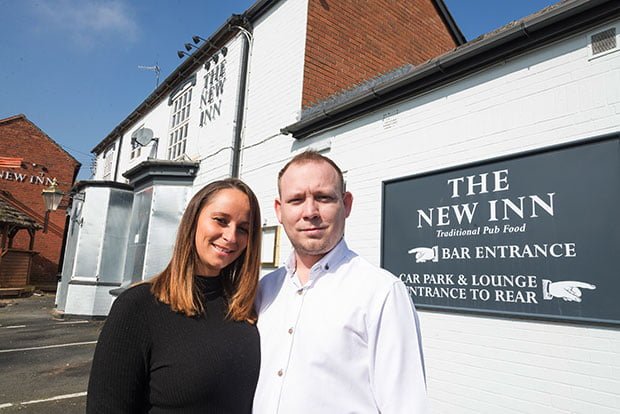 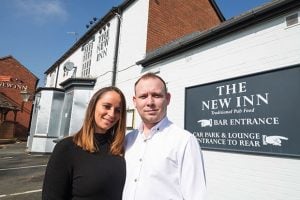 West Midlands pub operators Chad Hudson and Sarah Price have taken on a second site with Star Pubs & Bars, The New Inn, Bournheath near Bromsgove, and are undertaking a joint £350,000 refurbishment of it with the pub company.

The couple also have the Loyal Lodge in Halesowen, which they took on four years ago and have transformed into a popular family community pub.

The refurbishment will see the wet-led pub transformed into a top quality, family friendly country pub offering fresh, home cooked food. Closed since the start of the year, it will reopen in time for the early May bank holiday with 15 new jobs being created. Chad’s brother, who has been working at The Loyal Lodge, will take on the role of manager.

The sympathetic top to toe refurbishment of The New Inn will bring the pub into the 21st century whilst retaining original features like the pub’s characterful wooden beams and open fires. Changes will include a new lobby and opening up of the interior to create a more spacious open plan lounge and bar area, increasing seating by a third.

Outside, the pub is being given a complete facelift, redecorated in pale grey with new lighting, signage and planters. A new patio with seating is being created to the left of the pub and a new decked area to the right increasing capacity for alfresco drinking from 25 to 44.

Chad said: “We first became aware of The New Inn when we were looking for somewhere to have Sunday lunch as local pubs were always booked out. We could immediately see The New Inn had great potential with investment.

The refurbishment will allow us to fast track the pub’s turnaround. It means we can introduce food and create a great family and dog friendly village pub for residents and a destination pub for diners, walkers and cyclists.

“It’s taken us three and a half years to get the Loyal Lodge to where we want it. It’s important to us that we focus on pubs individually to make them the best they can be before moving forward to take on another.”

Caren Geering, Star Pubs & Bars regional operations director said: “Chad and Sarah are experienced operators who know the area well. They’ve done a great job turning around The Loyal Lodge where business has increased 90% since they took it on four years ago. I feel sure they’ll do the same with the New Inn as they’re very well regarded by customers who score the Loyal Lodge four out of five or more on Face book and Trip Advisor. I wish them the best of luck with this new venture.”