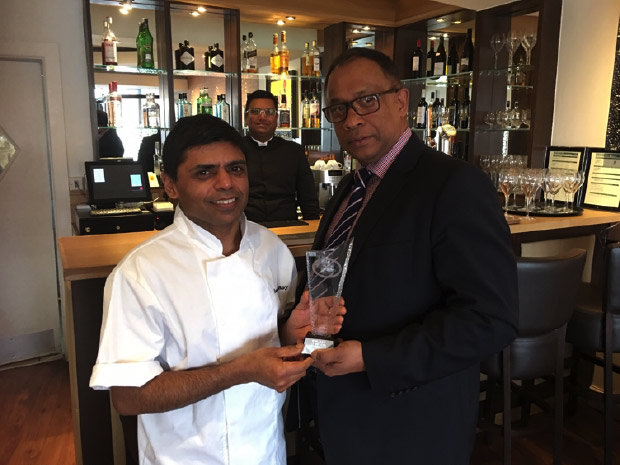 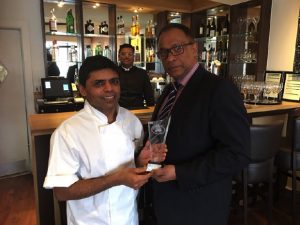 “We’ve always had a significant number of vegetarian and vegan customers, but after Christmas probably as many as one in four parties had at least one member who requested vegan meals,” said owner Ralph Sousa. “Some wanted healthier options after the indulgencies of the festive period – others wanted to reduce their impact of the environment, by cutting out animal products, at least for a month.”

Speaking to customers, Saffron Summer learned that although most of these customers planned to revert to an omnivorous lifestyle, many intended to permanently reduce their meat and dairy intake. Hence to introduction of the new menu, which features vegan options such as Baingan Mirch Ka Saalan – which is aubergine steaks with aubergine chutney and stuffed romero peppers; plus vegetarian specials including Shahi Methi Paneer and Subz Panchmel – five types of seasonal fresh vegetables in a special sauce which is also low in calories.

During National Vegetarian Week (13th to 19th May), Saffron Summer will be serving a special three course vegetarian menu, with optional vegan drinks pairings, for around £24.95 a head.

For each one served Saffron Summer will donate £1 to the Curry for Change charity, which works to alleviate hunger in rural Africa and India.
“India is home to perhaps half a billion vegetarians – more than anywhere else in the world, so it has developed the best vegetarian cuisine,” said Saffron Summer Executive Chef, Awanish Roy, who previously worked at London’s renowned Cinnamon Club.

Being ranked No. 1 Indian Restaurant on the TripAdvisor reviews website* and having won Best Newcomer at the Asian Curry Awards last, when its chairman of judges Pat Chapman, Editor of the Cobra Good Curry Guide said of Saffron Summer, “You won’t find better Indian food anywhere,” Chef Roy has his eye on the Fine Dining category at this year’s awards which were launched at the House of Lords o 4th March. Spice lovers can vote for Summer Saffron, or any of their favourite restaurants via www.asiancurryawards.co.uk/vote-now.

Winners will be announced at a glittering gala dinner in London in November.