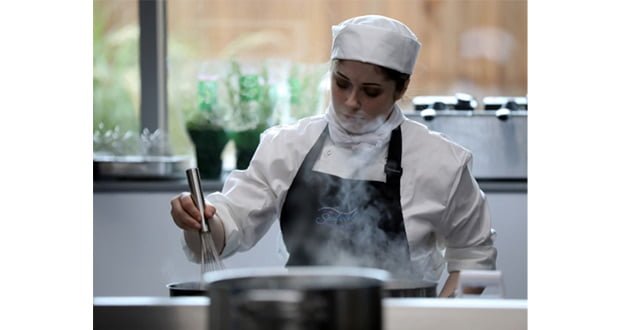 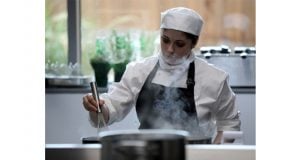 Successful teams of young chefs have their eyes set on the title as the final of the Young Seafood Chef of the Year competition is set to get underway at The Grimsby Institute next week.

The competition organised by The Grimsby Institute and supported by Seafish, the public body that supports the £10bn UK seafood industry, aims to find the UK’s best young talent in the culinary sector – challenging them to prepare a three course menu using a variety of sustainable seafood products across three regional heats.

The annual competition, now in its 17th year, encourages those aged under the age of twenty-five, and currently enrolled in a full time course at college or university or those enrolled in an apprenticeship programme to enter. This year’s top nine teams have all successfully netted a place in the final after making their way through one of the regional heats last month.

Students from North Hertfordshire College, University of the West of London and Eastleigh College beat the competition in the first heat held in Norwich. The second heat of the competition was held in Sunderland with teams from Newcastle, Sunderland and Kendal colleges preparing the winning dishes.

The final three teams to make it through come from University College Birmingham, Salford College and hosts of the third heat, Colleg Llandrillo.

The successful teams will now compete against each other in front of a panel of industry judges at the final, which will be held at The Grimsby Institute on 14 June. This year’s final judging panel includes Daniel Clifford, chef patron of two-Michelin starred Midsummer House restaurant, Cambridge, and two-time winner of BBC Two’s Great British Menu.

Daniel said: “I am delighted to have been asked to be a judge in this highly acclaimed competition and am very much looking forward to seeing what the finalists and aspiring chefs produce.”

Nikki Hawkins, Trade Events Manager, Seafish, said: “Founded in 1996, the UK Young Seafood Chef of the Year continues to uncover incredible talent. The standard of cooking in this year’s heats has been exceptional, with each team impressing us with the culinary skill and creativity in their dishes.

This competition is highly regarded in the seafood industry and offers ambitious young chefs the opportunity to demonstrate their ability and confidence in working with a range of sustainable seafood, and the chance to potentially boost their future careers.”