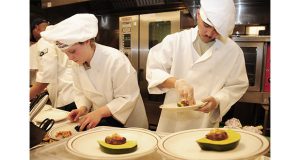 Pub group Young’s has confirmed it is to pay over £100,000 to cover the cost of settled status applications for its employees who are EU nationals.

The group, which has 1,800 members of staff from non-UK EU countries, will pay the £65 fee for any staff making the application.

The company also plans to open weekly clinics to help complete paperwork.Chief executive Patrick Dardis has previously said his firm would “do whatever we need to do to continue making staff feel welcome”.

The news follows a similar move Italian restaurant chain Carluccio’s who pledged to do the same for its 1,550 non-British EU employees earlier this month.

Chief executive Mark Jones said  “There would be no Carluccio’s without one man making the journey from Europe to London,”.

The public stance taken by the chain has prompted other hospitality businesses to discuss the settled status fee, pub goup JD Wetherspoon,  which is chaired by outspoken Brexiteer Tim Martin is to discuss whether to take the same action in the coming weeks.

The process will give those who have lived in the UK for five years or more settled status, allowing them to stay in the country indefinitely.