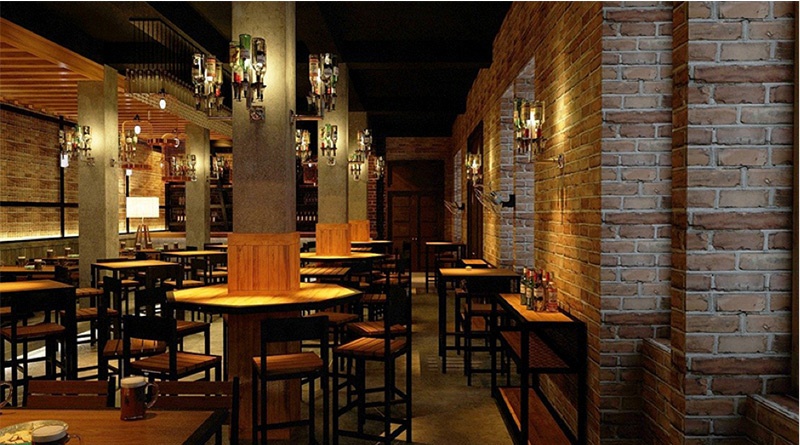 Speaking from Downing Street, U.K. Chancellor Rishi Sunak said government intervention was necessary “on a scale unimaginable only a few weeks ago.”

“We have never in peacetime faced an economic fight like this one,” Sunak said. Businesses throughout the country have warned of a profound economic downturn in the wake of new virus containment measures that have seen all British people told to avoid public meeting places and work from home if possible, with many firms, especially in the hospitality sector, fearing bankruptcy.

The bailout fund, which will be made available to businesses via government-backed and guaranteed loans amounts to 15 percent of the UK’s GDP and comes in the wake of similar economic interventions in France, Spain and other countries.

Mr Sunak said there would be a cash grant of £25,000 for each small and medium sized business, and every retail, hospitality and leisure sector firm would be exempt from rates for a year.

Mr Sunak also said banks will give a three-month mortgage holiday to people who need help – pledging he will ‘go much further’ to support individuals’ financial security in the coming days. He hinted that could involve the government picking up the bill for ‘fixed costs’ of staff wages, so firms do not have to lay people off.

The Chancellor’s intervention follows trade warnings that the UK’s pub industry will be “lost in days” without immediate and decisive Government action.

Earlier the same day as the Chancellor’s announcement the British Beer and Pub Association (BBPA) wrote to the Prime Minister saying the pub sector was facing an existential crisis as a direct result of Boris Johnson’s new guidance that people should avoid visiting pubs, restaurants and bars.

The BBPA called on the Government to take urgent action to prevent thousands of pubs from closing and hundreds of thousands of job losses.

In her letter Emma McClarkin, chief executive of British Beer and Pub Association, said: “Forced pub closures without a meaningful support package will have a catastrophic financial and social impact.” The severity of the COVID-19 crisis is now impacting on Pubs with devastating effect. The very existence of thousands of pubs and a lot more jobs is now at risk.

“The government needs to give clear instructions and detail on the support package to rescue the sector and hundreds of thousands of jobs. Urgent measures to support cash flows and enable cost reductions is an absolute necessity. Government action now will save thousands of jobs and save our pubs. Support for pubs now is an investment in the long-term future of communities across the UK without it we risk losing our community assets forever.”

UKHospitality chief executive Kate Nicholls expressed concerns about workers who will still have to be laid off and the time it will take for loans to come through for many restaurants and pubs feeling the pinch, it might already be too late.

“Businesses will have to ask banks for a loan but it will be a challenge for the next 10 days as it won’t kick in for a while,” she said.

She also highlighted the fact that while the £25,000 grants – interest free money from the government – will help small businesses, most hospitality enterprises sit above the threshold, so will instead be reliant on loans.

These wouldn’t have been required otherwise and will still have to be paid off eventually, and in an unsteady economy.

The Chancellor also stated that hospitality businesses with insurance policies will be able to make claims against those policies .As the crisis unfolded this week many in the hospitality and on trade sector were informed that they were highly unlikely to be insured through their existing policies which would have meant there would have been no payout for consequential losses, causing a huge backlash from the sector

However, Mr Sunak said: ‘Following the changes medical advice yesterday there are concerns about the impact on pubs, clubs, theatres and other hospitality, leisure and retail venues.

‘Let me confirm that for those businesses which do have a policy for insurance that covers pandemics that the government’s action is sufficient and will allow businesses to make an insurance claim against their policy.

‘But many of those businesses don’t have insurance so we will need to do more.

‘That means every single shop, pub, theatre, music venue, restaurant and any other business in the retail, hospitality or leisure sector will pay no business rates whatsoever for 12 months.’

Earlier in the week Mark Jones chief executive of Italian restaurant group Carluccio’s said that the restaurant chain “was days away from large-scale closures” without state aid.

Speaking to the Today programme, he called for “immediate” help for the industry from the chancellor.

With consumers increasingly working from home amid the coronavirus pandemic, the restaurants have already seen footfall declining “on a daily basis”, he said. : “We understand the role we have to play in public health, so I won’t question the government’s advice on that. But to do that to an industry without any fiscal support whatsoever condemns us to death, effectively.”

He added that the government restrictions announced last night meant “we’ll be in a situation where sales start to decline even more rapidly from today onwards”.

Information released by customer data specialists Wireless Social revealed a 47 per cent drop in footfall across London on Sunday 15 March, followed by 39 per cent on Saturday and 31 per cent on Friday.