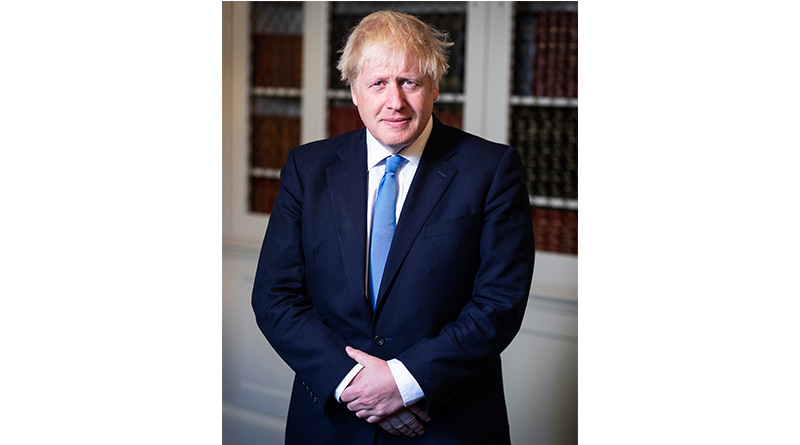 Prime minister Boris Johnson confirmed last night (June 14) that there will be a four-week delay to Junes 21st full reopening dubbed ‘Freedom Day’ in England, which was due to see the complete easing of restrictions and end of social distancing.

There will be a review on June 28, leaving open the possibility of ending restrictions on July 5 if the data proves significantly better than expected, but the Prime minister warned this is “unlikely”.

As a result, the England will not proceed to step four until 19 July, capacity limits for sports, pubs and cinemas will remain, and nightclubs will stay closed. Weddings and wakes will still be able to go ahead with more than 30 guests as long as there is social distancing.

The Prime Minister also confirmed pilot events will continue, such as the UEFA Euro 2020 and some theatrical performances.

The delay is the result of concerns regarding the Delta variant, which is understood to be between 40% and 80% more transmittable than the Kent variant which triggered the UK’s second wave, and which has seen cases, hospitalisations and intensive care numbers increase.

The Prime Minister said it was a “very difficult choice” but the four steps to proceed to the next level of Covid restrictions had not been met. Instead, the vaccination programme will be accelerated with the aim of having up to two-thirds of the adult population double-vaccinated by 19 July.

“Now is the time to ease off the accelerator because by being cautious now… we have the chance to save many thousands of lives, We will be in a far stronger position to keep hospitalisations down,” he said.

UKHospitality is calling for  urgent further support for suffering hospitality.

UKHospitality Chief Executive Kate Nicholls said: “The decision to delay is hugely disappointing but the Government has judged the evidence and acted as it sees fit. It does, however, jeopardise the return on investment that the Government has afforded hospitality and it’s crucial that further support is announced to push us over the line.

“The hospitality sector has already lost more than £87bn in sales in the pandemic leaving businesses deeply in debt and at risk of suffering “economic long Covid” without further support. Our businesses face incredible levels of debt and will now face a huge cost hike, with business rates payments set to recommence and rent accruals due at the end of the month. An swift indication that the business rates holiday will be extended would go a long way to bringing succour to a battered sector – paying any amount of tax while still unable to trade viably would save businesses and, in turn, tax receipts in longer term.

“This four-week delay to lifting restrictions will cost the sector around £3 billion in sales, put at risk 300,000 jobs and have a knock-on impact on bookings throughout the summer and into the autumn. Simply put, if the supports provided by the Chancellor are not sustained and adjusted, businesses will fail and getting this far will count for nought.

“A final lifting of restrictions is the only way to save the sector from disaster and enable it to play its part in a national economic recovery, to support the Government’s Jobs Plan, delivering jobs, growth and investment at pace and across all the regions. A single ray of light is that the limit on weddings will be lifted but support must be granted and, crucially, delivered, to the vast majority of other hospitality businesses. Not least, it must reach those who are still unable to trade at all, including  nightclubs and those who still cannot operate their main income streams, such as soft play centres, as well as businesses such as contract catering, who operate from other businesses venues and so have been unable to access many reliefs and grants.

“Businesses need a swift, publicly-stated commitment that such support will be in place in the event of any delays, giving them much-needed reassurance after more than 15 months of closure and severely disrupted trading. Hospitality is desperate to get back to what it does best and can play a key role in the economic recovery of the UK – but only once it is given permission to trade freely. The Prime Minister asked for one more heave to get us out of restrictions – hospitality, too, requires one last heave, to be able to drive recovery.”

The Prime Minister’s announcement today has delivered yet another devastating blow for our nations’ fragile and debt-laden pubs.

Over the course of the pandemic, the British Institute of Innkeeping (BII) has consistently taken the voice of its members to Government, leaving them in no doubt that a delay at any stage of the already cautious roadmap which restricts the ability of pubs to once again trade freely and fully, will be hugely damaging to the recovery of the whole sector.

With rent, business rates for England and loan repayments all becoming due in the next few weeks on top of already heavy staffing costs and mounting losses, any delayed return to full and free trading MUST be met with further short term support.

The BII is urgently continuing to call for:

“Pubs at the heart of their communities are built on the resilience provided by the summer months, boosted by sporting events, large scale family celebrations and being an essential part of the UK tourism offer. Put simply, every day of critical summer trading lost, is a step closer to business failure.

“Whilst many outside of the hospitality sector may perceive this delay as being a small price to pay, for pubs, with 16 months of severe disruption & closure behind them, any further delay requires further and immediate support.

“Government must now urgently extend short term support to help minimise the effects that these continuing restrictions will have on pubs and the wider hospitality sector. The pressure of the debts that have mounted over the course of the pandemic is now meeting significant costs coming back on line for businesses head on, creating a perfect storm.

“Even without the delay, we know that the recovery for our sector will be prolonged over many years, with pandemic specific debts per site averaging between £40k and £80k. There needs to be a long term plan in place to provide these vital community spaces with the opportunity to rebuild their livelihoods, whilst supporting local employment and contributing to the UK’s overall economic recovery.

“We have seen the pent-up demand from customers desperate to return to their normal lives, but this delay and ongoing uncertainty will have far reaching consequences for every area of the hospitality sector, affecting the confidence of consumers, potential employees uncertain on the stability of jobs and essential investment in our viable businesses.

“Government must now break this perpetual cycle of uncertainty. They must now provide urgent clarity on how this further delay will enable our members to fully reopen their businesses as soon as possible.  Critical to the recovery of our sector is the ability to simply trade free of restrictions and be able to plan for the future.”

“Delaying the removal of COVID restrictions by four weeks is incredibly hard for our sector to stomach.

“The delay will cost our pubs £400 million for this period alone, but inevitably much more as confidence deteriorates and as a key part of the summer season is lost that is so critical to our sectors viability.

“Each week of the delay will cost pubs £100 million.

“A full package of Government support is now critical for our sector until it is guaranteed to open fully without any restrictions.

“Our pubs require as a minimum an immediate three month extension to the business rates holiday, the ability to defer loan payments due now and a further extension of VAT support. Grants for businesses particularly affected, such as those pubs who cannot still reopen because of the current restrictions, must now also be put in place.”