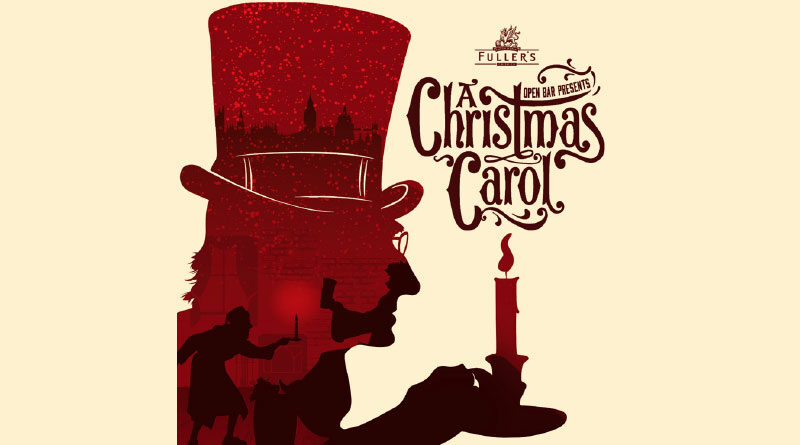 Fuller’s is delighted to be hosting a Dickensian spectacular throughout December as the Open Bar Theatre Company takes over 16 Fuller’s pubs and gardens with a four-person adaptation of A Christmas Carol, the much-loved festive classic by Charles Dickens.

High culture and the pub are not the best known bedfellows, however Fuller’s is on a mission to change that perception, by bringing the performing arts and the general public together, in one of the nation’s most treasured environments – the great British Pub.

Far from seeing the arts as something removed from the licensed retail sector, Fuller’s sees it as the perfect partnership, and a great way to invest back into the communities it serves.

Originally starting with a few pubs hosting Shakespeare In the Garden back in 2013, Fuller’s investment in the arts has grown year on year with an ever-increasing number of performances and pubs involved. The naturally jovial and sociable environment of a pub proves to be the perfect place in which to entertain. Fuller’s acts as executive producer of sorts, by paying for the theatrical package including everything from writing, casting and production, allowing the theatre groups they support the opportunity to invest their time entirely on the performance.

Jane Jones, Marketing Director says: “We take a real pride in the events we offer across our estate. We have always seen pubs and hotels as going beyond just being a place to simply eat and drink, and more of a place that brings communities together. We also have some amazing event spaces and gardens, so offering our customers an engaging theatrical experience seemed like the ideal way connect with our communities and support the arts.

“Since partnering with Open Bar 10 years ago, the performances have gone from strength to strength and we have no intention of slowing down. Last year we introduced Comedy on Tap with The Comedy Store and next summer you can expect an operatic spectacular with Rogue Opera performing Carmen in the Garden throughout the summer season. All of this is, of course, running alongside that Fuller’s favourite, Shakespeare in the Garden.

“The culture might be high-brow, but the ticket prices are most certainly not, and we are passionate about keeping it that way, with all of our tickets sold for far less than would cost in a traditional theatre setting. However, the quality of performance is still exceptional. There is, of course, the added bonus of being in close proximity to the bar too – so whether it’s a mulled wine while watching A Christmas Carol or a chilled glass of rose during Shakespeare in the Garden, we’re confident our guests will find the combination of pub and theatre the perfect one.”