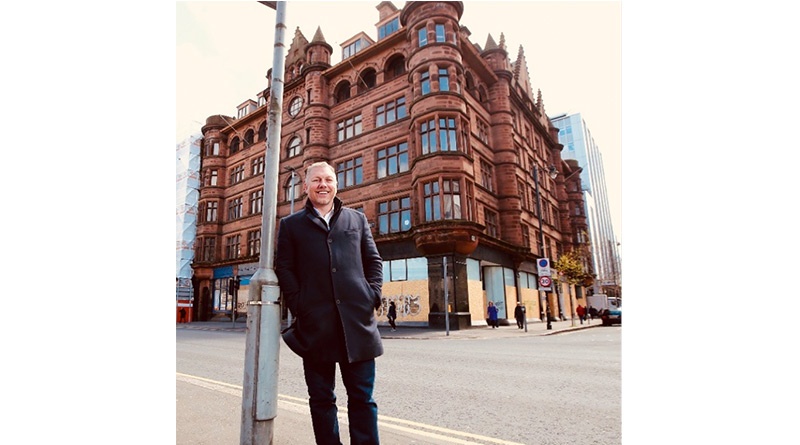 Investors in a stalled major hotel project in Belfast city centre have united in their support of the developer’s efforts to finish and open the high-profile site.

Renovation work on the George Best Hotel in the historic Scottish Mutual Building at Donegall Square was delayed following Belfast Heritage’s intervention on approved plans and subsequently ceased in April 2020 when the hotel’s owners, Bedford Hotel Ltd, a subsidiary of Signature Living Hotels Ltd, was placed in administration.

However, following a series of meetings with Signature Living’s owner and co-founder, Lawrence Kenwright, the 50-strong group of investors are unanimously collaborating with him to save and rejuvenate the development and protect their investment.

Mr Kenwright has invited the group to become part of the George Best Hotel property company, with the belief that their combined weight will make it easier to gain new funding to complete and open the hotel.

The Group, chaired by County Antrim businessman Stephen Kearney, will now oversee refinancing and development work with Lawrence Kenwright acting as their CEO.

Mr Kearney, who invested in the hotel in 2018, said: “It’s been a turbulent journey for us and for Signature Living, but there is hope now that all can be resolved with the George Best Hotel administration.

“It’s certainly not a time to give up. We have seen how Lawrence Kenwright has been reorganising his company since last April, and how well his hotels have been performing when allowed to trade during the pandemic and since the last English lockdown was lifted.

In May this year, UKAG with Lawrence Kenwright revealed that they were close to lodging a Company Voluntary Arrangement (CVA) with Signature Living’s administrators and which has the backing of the vast majority of investors and funders.

Lawrence Kenwright said: “We have faced a unique set of circumstances in trying to finish the George Best hotel and I am extremely grateful for this support.

“The uncertainty of Brexit in 2019 was unsettling for developers and then the pandemic struck, forcing the closure of our venues for the majority of the last 15 months making it extremely difficult to attract new funding and the GB hotel investors understand that.

“I am steadfast in my determination to recover the Signature Living business and to ensure that all my room owners’ and unsecured investors’ interests are to the fore, rather than being left at the back of the queue as invariably they are in these situations.

“What we are putting in place together across the group is unique, it hasn’t been done anywhere before to my knowledge. By inviting the George Best hotel investors’ involvement in this way, I am ceding control and giving them final say in decisions made to ensure that they gain best value for themselves.

“This is the first step in this transaction and at this point we have not engaged with the administrators on it, a position we will be dealing with in the coming weeks.”