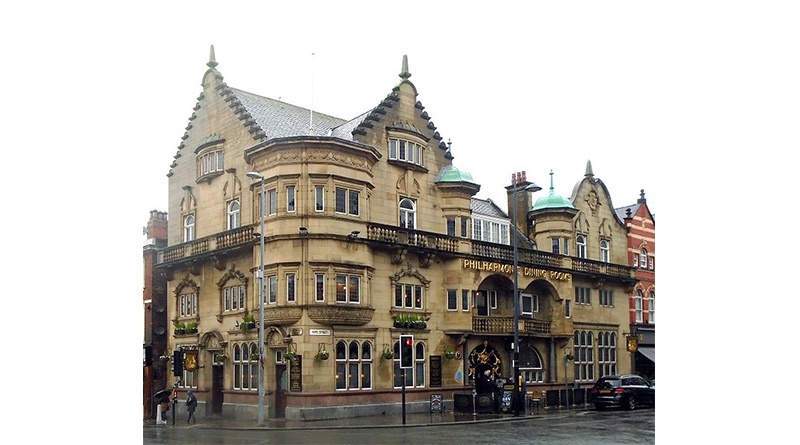 A landmark Liverpool pub has become the first Victorian purpose-built English pub to be given Grade I listed status.

The famous Philharmonic Dining Rooms, known locally and affectionally as “The Phil”, is considered a “cathedral among pubs” because of its magnificent architecture and highly decorative “gin palace” interior.

A favourite haunt of The Beatles, John Lennon once said the biggest drag about being in the Fab Four was “not being able to have a pint in the Phil”.

Built in 1898 for local brewer Richard Cain by architect by Walter W Thomas, the pub aimed to reflect the wealth and ambition of the Age of Empire.

Millions of pints later, it has now been upgraded from Grade II* to Grade I on the advice of Historic England, joining the likes of Buckingham Palace, Chatsworth House and Liverpool’s Anglican Cathedral in the top 2.5% of England’s protected historic buildings.

Though other inns and taverns have Grade I status, it becomes the first purpose-built pub erected during the “golden age” of Victorian pub-building to achieve the highest status.

Features include elaborate carvings, mahogany fireplaces, mosaic-clad bar counters and art nouvea elements, including metal gates by designer Henry Bloomfield Bare. There are also stone sculptures of musicians and musical instruments in low relief, a reference to the nearby Philharmonic Hall, as well as references to Liverpool’s steeped maritime history.

The gents toilets also survive from its original Victorian design, the imitation marble urinals proving one of the most Instagrammed conveniences in the UK. The ladies’ toilets are a tad less stunning: they were added some years after the pub opened, being “needless” in what began as a men-only establishment.