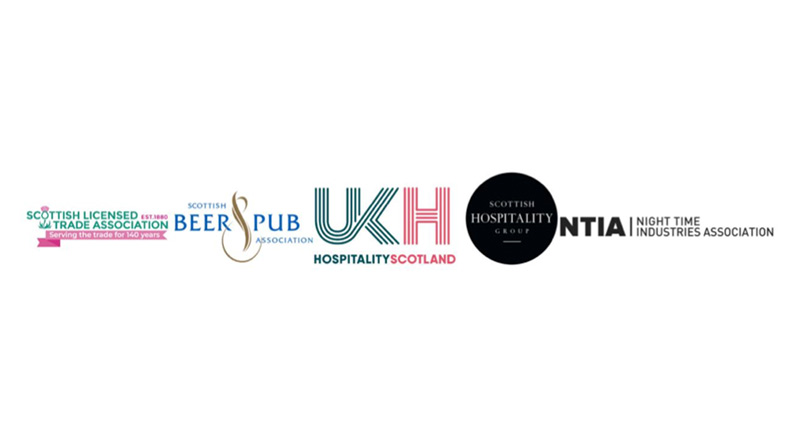 THE ‘BATTLE IS NOW ON’ TO SAVE THE SCOTTISH HOSPITALITY SECTOR

Five of Scotland’s Hospitality Industry bodies have taken the unprecedented step of commencing the legal process against restrictions imposed on the licensed trade by the Scottish Government.

The Scottish Beer & Pub Association, The Scottish Licensed Trade Association, UKHospitality (Scotland), the Scottish Hospitality Group and the Night Time Industries Association Scotland have joined forces to save not just the small to medium independent business, but also the large corporate multi-operators that operate within Scotland’s Hospitality Industry. All these operators are under intense pressure and are fighting for the very survival of their businesses and for the jobs that they provide.

The Scottish Government was served with the pre action letter yesterday morning. It follows the trade bodies receiving an Opinion by prominent legal expert Aidan O’Neill QC advising that a Judicial Review would be warranted. The letter requests a response to legal challenges from the Scottish Government by 4pm on Wednesday 28th October 2020, failing which matters could move forward with a Petition for Judicial Review.

In a Joint Statement the group’s spokesperson, Paul Waterson said:-

“It is with regret that we now commence with this first stage in the legal process. We understand and entirely support the goal of suppressing the virus, but our sector is at breaking-point.

“Despite having more mitigation measures than other sectors and the vast majority of operators going above-and-beyond in ensuring customer safety, our sector has been repeatedly targeted without consultation and without the evidence.”

“Anecdotal evidence is not the way to go about making government decisions and the sector should not be used as a balance to uncontrollable risks in other far less regulated and un- monitored sectors.”

“Evidence just published in Northern Ireland clearly states that the closure of hospitality only has an “0.1-0.2 impact on the R number” and that the lockdown there has been brought about to ensure behavioural and policy compliance in other areas. Effectively confirming that the hospitality industry has been held up as the sacrificial lamb.

“The economic support offered to premises doesn’t come close to compensating the businesses and means jobs are being lost and livelihoods ruined. Any measures must be proportionate and be backed up by evidence, we do not believe that is the case here.”

“The industry simply cannot endure the extension of the current restriction, further restrictive measures expected from the 2nd of November or get into a stop start situation. facing the end of our industry as we know it.”

“The battle is now on to save the hospitality sector.”