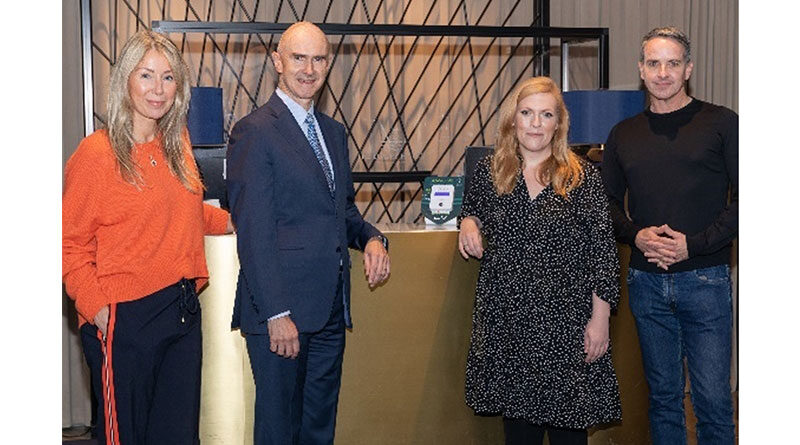 The Manchester Hoteliers’ Association (MHA) is set to launch ‘A Bed for All’ initiative on Monday 1st November raising money for the Greater Manchester Mayor’s Charity.

The ‘A Bed Every Night’ scheme which launched in Autumn 2018, was set up by Mayor of Greater Manchester Andy Burnham to provide shelter and personal support for anyone sleeping rough or at imminent risk of doing so in Greater Manchester, bringing together local government and voluntary organisations working in unison to tackle the ongoing issue.

The scheme has helped over 3,000 people and has seen a reduction in rough sleeping by 57% in the last four years.

‘A Bed for All’ will aim to raise funds for Greater Manchester Mayor’s Charity by providing participating hotels with a countertop ‘Tap to Donate’ device which sits on check in desks or communal areas. Front of House staff will invite guests to support the charity by tapping to donate £3 when they check in or check out.

Just ten taps of £3 will help provide an emergency bed for the night as well as wrap around support.

Andy Burnham said: “Homelessness has no place here in Greater Manchester and we are still working to eradicate this problem. It is so important that we continue to come together as a region to tackle the issue and it is fantastic to have the MHA involved in ‘A Bed for All’.

“As we move into winter,  I’m worried that we may see more people on our streets as the Universal Credit uplift has ended and half of the claimants in Greater Manchester won’t benefit from the taper changes. The ‘A Bed Every Night’ scheme was set up to try and combat the worst impacts of this and we are grateful for the support from Adrian Ellis and hoteliers across the region for raising money for us to continue our work eradicating homelessness from Greater Manchester.”

Chair of MHA Adrian Ellis said: “This a such an important initiative and we are really looking forward to supporting the Mayor’s charity and hopefully raising significant funds. Manchester has several hotels which are slowly returning to full occupancy following COVID-19 meaning we have the potential to make a real difference in tackling homelessness across the city.

“We would like to encourage all guests across participating hotels to get involved and hopefully we will be able to take one step closer to eradicating homelessness in the region.”

Lisa Morton, CEO of Roland Dransfield said: “Homelessness is a prevalent issue in Greater Manchester, and we know this scheme can have real impact in the winter months. We have worked with Manchester Hoteliers’ Association for several years, and they have played a crucial role in supporting charitable causes across the region.

“We will be welcoming a number of visitors to the city over the next few months feel strongly if someone has had a fantastic night’s sleep in a bed at one of Manchester’s leading hotels will feel compelled to donate £3 to support those who don’t have a bed to call their own.

“We have already had great feedback with hotels signing up to be involved and are looking forward to raising funds to continue to support this initiative.”

Hotels already signed up to take part in the scheme include GG Hospitality’s Stock Exchange Hotel and Hotel Football. Dakota Hotel, The Midland and The Lowry Hotel. Additional hotels are expected to commit to the scheme in the coming few days.