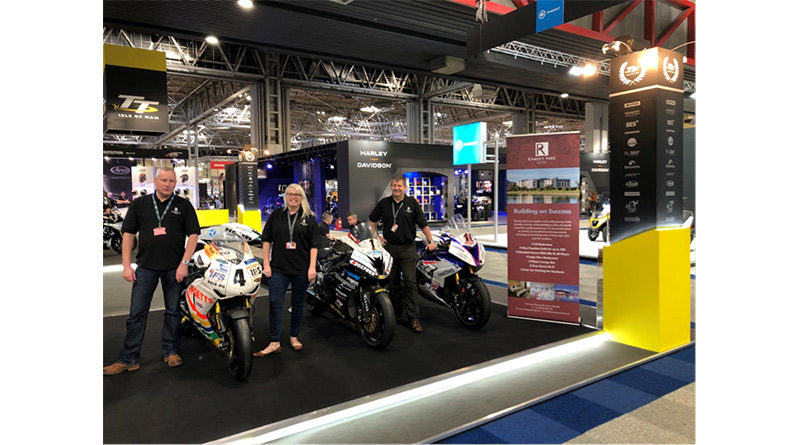 Home of the Isle of Man Sprint in 2019, Ramsey Park Hotel, has hailed the success of its debut appearance at Motorcycle Live – the UK’s largest motorcycle show. Hundreds of visitors attended the stand and entered the competition to win an overnight stay at one of the 10 hotels in the group.

The hotel, located near Mooragh Park, is at the heart of the TT circuit and was fully booked throughout the week-long event. The reception following the Isle of Man Sprint saw 200 people attend the drinks reception in the hotel’s new Ayers Suite event space.

General Managers from hotels within key English regions for motorbike touring from the 10-property group attended the nine-day long show, demonstrating the focus for the coming year on this growth area of staycations.

Classic Lodges has run a number of car tours in the past and Motorcycle Live builds on the success of previous events. The Hotel itself is a favourite location of motorbike and classic car groups due to its historical connections with the race – Ramsey has been central to the course since its creation in…

The Manx Grand Prix and Isle of Man Classic are also held on the same circuit as the TT and Richard Smith, Director of Marketing and Partnerships, hopes that the Hotel becomes central to motorsport on the island:

“Many of our hotels are set among some of the UK’s finest countryside which makes for excellent driving – we have four hotels in Yorkshire and Charingworth Manor in the Cotswolds. We plan to launch a Yorkshire Tour next year where you can stay at all of the hotels and enjoy some of the local attractions as part of a package. All of our hotels have secure car parks – a concern for owners of valuable motorbikes and classic cars.”