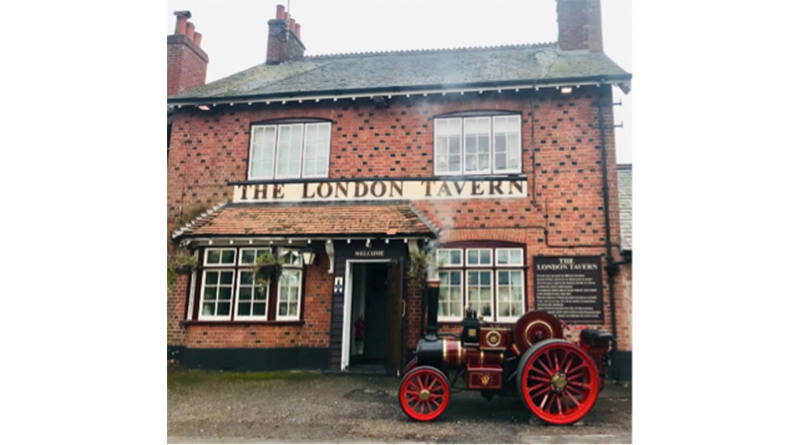 Phil Hoyle, publican of The London Tavern, on Linford Road in Poulner, has been awarded the British Institute of Innkeeping’s (BII) Heart of the Community Award in recognition for his hard work supporting his community during lockdown from March to July this year and beyond.

Phil and his team have consistently shown up for their locals this year, whether they were providing food, or raising smiles with their entertainment, they have really shown what it means to be a part of a community.

During the first lockdown The London Tavern provided free Sunday roasts for NHS workers. Individuals were nominated by customers,  and while Phil and his team donated their time and surplus produce, customers supported the initiative with some donations too. The pub also offered an incredible takeaway menu for the community, with options such as burgers, ribs and curries, and on top of keeping his patrons fed, Phil also hosted a weekly quiz via Facebook to keep them entertained.

In addition, Phil and his team set a shop, the ‘Tav Village Stores’, offering great local produce and providing all the basics so that everyone in the area had access to essentials. Locals were able to click and collect from the pub or have exactly what they needed delivered if they were isolating.

When children were at risk of going hungry over half term, Phil made sure that it didn’t happen. Offering discrete free pack lunch deliveries, local families were able to text Phil during half term with their address and the number of lunches they needed, and he would drop them off making sure his local community was taken care of, judgement free.

The Heart of the Community award is uniquely not about competing companies or individuals against each other and recognises all those the industry body believes have gone above and beyond for their communities. Phil is one of just 108 national recipients to have been recognised so far this year.

Phil said: “We’re so proud and honoured to have been awarded this accolade by the British Institute of Innkeeping! I want to say a huge thank you to everyone in our amazing team for all their dedication and continued commitment to helping us be the pub we are today.

“It was a no brainer for us to make sure everyone in our community had a hot hearty meal during lockdown and that kids could eat during half term and it was thanks to everyone who supported us that we were able to do that to the extent that we did. I am incredibly proud to be part of this community and we’ll do everything we can to continue to support everyone here and we want to make sure that no one feels alone.”