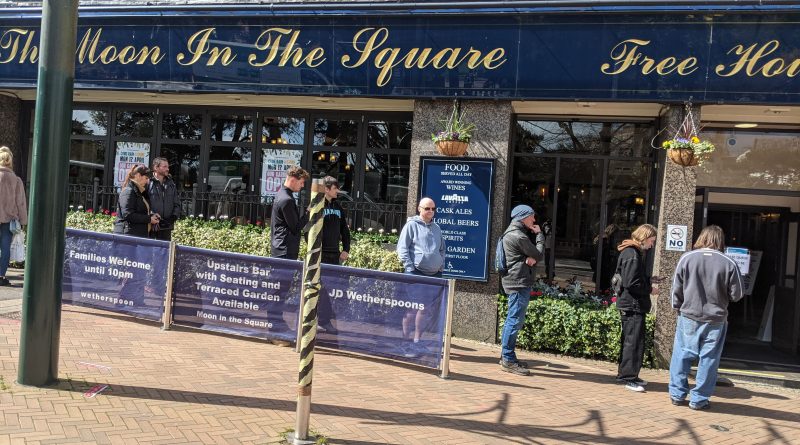 Wetherspoon is to open a further 44 pubs in England on Monday April 26.

The company opened 394 of its pubs in England on Monday April 12.

The new pub openings include those in Guildford, Ilkeston, Lincoln, Morecambe, Camborne, Driffield, Nottingham and Reading, as well as London.

On the same day (April 26) Wetherspoon will also open 60 of its pubs in Scotland and 32 in Wales.

From April 26 all Wetherspoon pubs (including those that opened on April 12) will be extending their opening hours for an extra hour each day.

The pubs in England  will be open from 9am to 10pm (Sunday to Thursday inclusive) and 9am to 11pm (Friday and Saturday), although some have restrictions on closing times and in those cases will close earlier.

They will offer a slightly reduced menu, to include breakfast, burgers, pizza, deli deals, fish and chips and British classics. Food in pubs in England will be available from 9am to 9pm seven days a week.

The Wetherspoon pubs will not be operating a booking system.

Customers will be able to enter the pub to gain access to the outside area and also to use the toilet.

Test and trace will be in operation and hand sanitisers will be available.

Wetherspoon chief executive John Hutson said: “We are looking forward to opening the extra pubs in England as well as those in Scotland, Wales and Northern Ireland.

“We look forward to welcoming our customers and staff back to our pubs.”