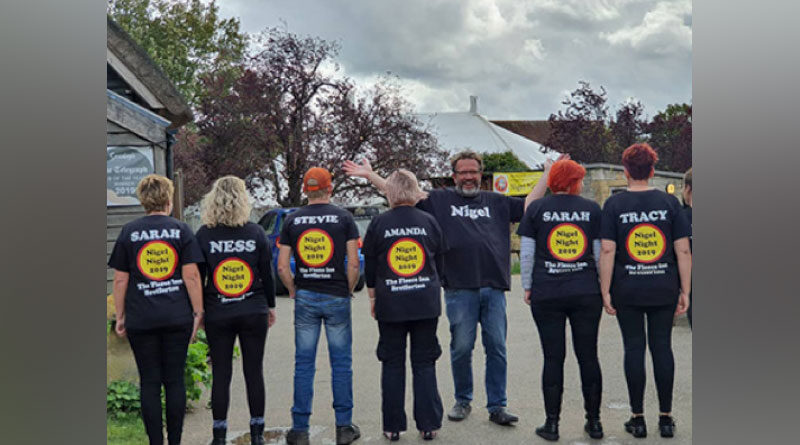 A Worcestershire pub is aiming to smash its own world record for the largest gathering of individuals called Nigel, in a bid to restore a name that is in danger of becoming extinct.

The latest data from the Office for National Statistics revealed that during 2016 and 2020, there were no babies named Nigel, prompting landlord Nigel Smith, of The Fleece Inn in Bretforton, to host the first Nigel Night in 2019.

The event drew in 434 Nigel’s and now, two years on, Mr Smith is looking to go one better by attracting more than 1,000 Nigel’s to the pub on September 24.

Mr Smith, 59, said: “We’re already on track to beat our 2019 world record as more than 500 people have booked their place for the evening, which is unbelievable given that we haven’t been proactively promoting it for a while, and shows there is plenty of fight in Nigel yet.

“Our first Nigel Night seems to have left a bit of a legacy though, as since then we have had nearly one thousand Nigels sign ‘the book of Nigel’ which we have behind the bar.

“I’ve researched the name Nigel, and apparently it is associated with darkness, which is perhaps why it is a name that has been on the decline since 1965. However, I’m hoping that as a result of our joyful efforts we will start to see a few more baby Nigels over the coming years!”

Pub landlord Nigel Smith with, you guessed it, a fellow Nigel at the 2019 This year’s event also comes with a twist as they are on the hunt for Nigel’s with a particular skillset.

Mr Smith added: “Just as you thought finding Nigels wasn’t hard enough, I am also looking to recruit a team of Morris dancers called Nigel to perform on the evening, so if you fit the criteria then please get in touch with me.

“Anyone is of course welcome to join in our celebrations – we’ve also had a number of Nigellas attending to strengthen our numbers!”

This year’s Nigel Night will run from 2:30pm until 11:30pm within The Fleece Inn pub, and nearby barn, marquee and orchard.

All Nigels attending will get a Nigel badge and free pint on proof of their name, with non-Nigels also welcome.

Funds are also being raised for the British Heart Foundation, with hopes of raising around £3,000.