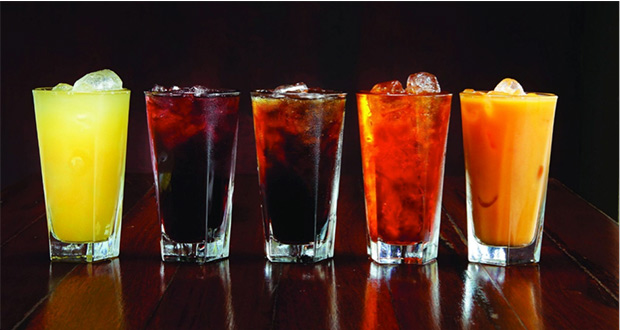 The CGA Prestige Foodservice Price Index recorded a colossal 21.6% year-on-year increase in its non-alcoholic beverage categories in June 2019—taking the overall measure to its highest index point to date.

Inflation in the Mineral Water, Soft Drinks & Juice category has risen since September 2018 and shows no sign of slowing. It follows a swing in drinking habits that has seen adult soft drinks become one of the UK’s fastest growing beverage categories, with one in five adults choosing to not drink alcohol and its sales up 15.4% in five years. An explosion of new lines with refined flavour profiles and innovative packaging has led to premiumisation in the category and subsequent high levels of inflation.

By contrast, some food categories of the Foodservice Price Index recorded only small increases in inflation in June 2019. Contrary to the traditional seasonal drop, Fruit was one of the few food categories to see month-on-month inflation. Continued issues in recruiting fruit pickers in the UK have resulted in lower yields, forcing wholesalers to import more from European countries including Italy and Spain—which, with the pound performing poorly against the Euro, has led to price inflation.

“Foodservice price inflation over the next few months is likely to be affected by Brexit, and fears are mounting that a no-deal departure from the European Union could have a catastrophic effect on UK food supply,” said Prestige Purchasing CEO Shaun Allen. “Meat could be an especially volatile category, with the National Farmers’ Union recently declaring that it could result in the mass slaughter of lambs, as the UK cannot consume the amount it produces.”

The Meat category is not the only one that will be hit by the issues of no-deal Brexit, recently The Environment Secretary Michael Gove warned the National Farmers Union that the food sector may never recover from no-deal even if a deal was struck in the future.

The Meat category is also being disrupted by an African swine fever epidemic in China that has wiped out an estimated 15% of the world’s pig population in less than four weeks. As Asia turns to imports to fill the drop in pork supply, availability and price in the UK are likely to be impacted, with a knock-on effect on other meats pushing local UK prices up as supply becomes stretched.

Prestige Purchasing CEO Shaun Allen said: “There have been severe challenges in the procurement landscape for some time, with issues in dairy, salmon, meat, and many more categories over the past couple of years. This uncertain environment is not likely to change over the coming months, as further insecurity in supply from Europe and the strength of the pound adds to the volatility.”

CGA Client Director of Food Fiona Speakman said: “CGA’s research has indicated a steady premiumisation in drinks over the last few years, and the latest edition of the Foodservice Price Index indicates the trend’s significant impact on prices. More modest increases in some food categories will be welcomed by some operators, but with the overall Index hitting a new record high and so much uncertainty around Brexit, businesses will be braced for more turbulence in the months ahead.”