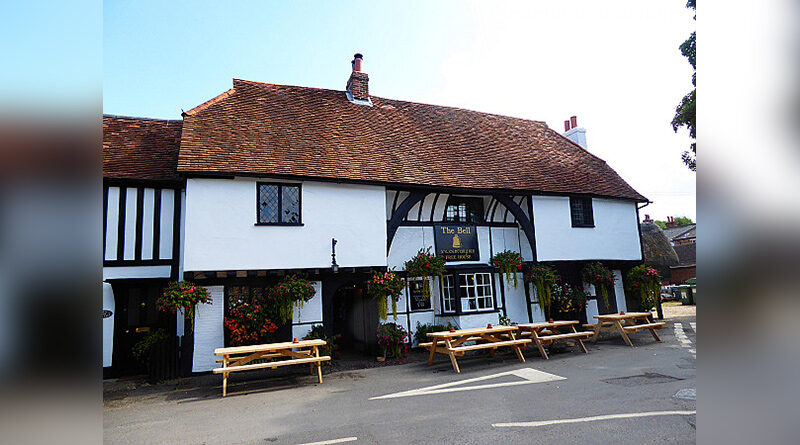 The best pubs in the UK have been announced as part of CAMRA’s prestigious Pub of the Year competition 2022.

The 16 regional finalists will now have a chance to compete for the National Pub of the Year crown, the highest accolade afforded to Britain’s pubs. The competition has been on hold over the last two years due to COVID-19 restrictions and was last won by the Bell Inn in Aldworth, Berkshire (pictured) in 2019.

Pubs in the competition are judged on their atmosphere, decor, welcome, service, inclusivity, overall impression, but most importantly – the quality of live beer, real cider and perry. The overall winner will be announced on 30 November 2022.

The regional announcement comes as CAMRA closes its Summer of Pub campaign with a final push to encourage pub-going over the long bank holiday weekend and beyond. CAMRA is urging all pub-goers to support their local after an incredibly difficult few years for the industry. A recent YouGov survey has shown that people are cutting back on the regularity of their pub visits [1] at a time when pubs are facing spiralling energy costs and a cost of goods crisis.

Andrea Briers, National Coordinator for the Pub of the Year competition says: “This is an incredibly difficult time for many of our beloved pubs as they jump from one crisis to yet another one. The fact that we’re still seeing such shining examples of pub excellence despite these challenges is incredible, and a real testament to these winners.

“I’d encourage everyone to go out and support their local and even seek out these fantastic pubs in your area – they really are the cream of the crop and uphold the very highest standards of what makes a great pub.”

A classic half-timbered 14th Century pub, bequeathed to the village in 1608 by Sir Ralph Newbury. It doubles as the village local and a quality restaurant, producing exceptionally good food from fresh, seasonal ingredients and promoting real ales from small independent breweries. They offer up to eight ciders and perries served from their cellar and fresh bread is baked daily. You’ll also find log fires in the winter and a good-sized beer garden for sunny summer days.

A traditional two-bar city pub which has been a mandatory stop on the Norwich real ale trail since 2005 with its 14 handpumps – mostly serving beers from Norfolk – plus a few selected guests such as Three Blind Mice, Green Jack, and Derby Brewing. There are also two local ciders (one occasionally replaced by a perry), plus a large range of bottled European beers.

Known locally as ‘The Jockey’, this welcoming free house offers a choice of 13 real ales, including at least one mild or stout/porter, five of which are LocAle. A split-level pub with the main bar area featuring sofas and high tables and warmed by a wood burner, the upper seated area has tables and perimeter seating, a fish tank and sports TV. Light music is complimented by occasional bands and a weekly pub quiz attracts a large gathering. The pub is dog friendly, with water and doggy treats being provided. TV shows Rugby Six Nations matches and other occasional major sporting events. Photographs of local landmarks and Stapleford from previous eras decorate, along with whisky water jugs hanging from the ceiling, a yard of ale (if you wish to attempt it) and many CAMRA publications and publicity material. Occasional brewery showcases highlight a range from a LocAle brewery along the bar while occasional beer festivals offer an extended range from temporary stillaging.

The Hop Inn micropub is part of a movement aiming to create independent small spaces, free from brewery tie, where local people can enjoy fresh ale and wine in a venue with no lager, no slot machines, TVs and no beeping and ringing mobiles. It aims to be a welcoming, relaxed and friendly place for locals and visitors.

A real ale and craft beer emporium in Wigan town centre on the former site of Bar Legion, just five minutes walk from the bus station and 10 minutes from both the town’s train stations. Expect up to five real ales dispensed via handpull, alongside craft beer, cider and perry served from 30 keg fonts. The Beer Atlas offers a collection of beers in bottles and cans from around the world. A popular weekly quiz is hosted on Tuesday plus frequent tap takeovers and Meet the Brewer events alongside live music. Any draught products can be canned with the on-site canning machine for takeaway.

A former florist shop is now a long, narrow micropub with a servery at the rear, behind which real ales and ciders are sold on gravity dispense from a temperature-controlled cool room cellar. Prosecco, gin, vodka, fruit juice and local Chapel Down wine are provided for those who prefer them.

This multi-roomed, low-beamed pub, dating from 1759 suffered from a fire in 2010 but has been restored without losing its unique character. The name comes from the fact that it was once used by sailors who were having their outward-bound ships reloaded with munitions. Overlooking Egremont Promenade, the pub has fine views over the River Mersey to Liverpool. Three rooms lead off the main central bar area – for more information click on Historic Pub Interior in Features. Renowned for its Draught Bass, it also offers three guest ales usually including a beer from one of the local breweries.

A wedge-shaped pub in the shadow of the railway viaduct opened in 2015 by CAMRA members. It is very friendly, with a back-to-basics approach and an emphasis on conversation. A changing range of beer and cider is served directly through a hatch from the cold room. Handpumps have recently been installed, with gravity remaining an option.

This 19th-century listed building is full of character. Formerly a hotel, it retains the high ceilings and decorative cornice from that period. Another feature of this pub is that it has a spiral staircase which leads down to the lower levels. Located at the heart of the town centre, just a short distance from the main retail area it attracts an eclectic mix of clientele, especially on match days.

A family-run, traditional ale house. Popular with cyclists, cathedral visitors and fans attending Gloucester Rugby home matches. Licensed as an alehouse in the 17th-Century, people believe that some of its beams could have come from Drake’s “Golden Hind” which began life as the “Pelican”. Rescued and refurbished by Wye Valley Brewery in 2012. Real fire on cold days.

A busy split-level micropub with plenty of standing room at the bar in addition to seating both downstairs and upstairs. The upstairs room has board games as well as hosting quiz nights and monthly Meet the Brewer events. Friendly, knowledgeable staff with tasters available. Three ciders are always available as well as four craft keg taps. A wonderful addition to the city and is a mecca for an everchanging range of cask ales served from a temperature-controlled cool room. Large range of interesting canned ales and foreign beers.

Since opening in 2016 this micropub has won many CAMRA awards and gained a strong following based on the sound principles of good beer, fellowship and conversation. It is centrally situated in a Grade II listed building opposite the town hall and near Daniel Owen Square named after the renowned Welsh novelist and home to Mold Museum and library. The four cask ales include a dark beer and there are also five key keg lines and four Ciders.

Converted from a shop in 2016, Olaf’s Tun is easily the most popular real ale outlet in Woolston. Many have wondered where the pub’s name comes from – a clue is in a large mural on one wall showing a Viking warrior with his longship. Remodelling in 2020 introduced an enclosed cellar room, a more traditional bar and a rustic feel with reclaimed wood cladding. Tables are also made from recycled wood and ironwork. The bar sports six handpumps and the back wall has eight keg taps.

An elegant building, home to Tamworth Brewing Company and its tap. The cosy upstairs rooms have Tudor features, the historic courtyard beer terrace to the rear offers striking views of Tamworth Castle, and there is café-style seating to the front. Eight handpulls usually feature one Tamworth ale, the rest from near and far. Various snacks are offered, plus a wide range of ciders, gins, wines and bottled beers. There is a ‘CAMRA corner’ at the bottom of the stairs which includes a rare, complete set of Good Beer Guides. Themed events include beer tastings and ‘paint and sip’ sessions. The courtyard features regular live music with local performers, bat watch evenings, and the occasional screening of cult films on a large screen. The in-house ‘Tap Times’ lists local happenings and forthcoming events.

A real gem of a pub that is well worth a visit. Check out the vault in this former Lloyd’s Bank. Nine handpumps, of which one is dedicated to always serving a dark beer. 2019 saw this pub win a well-deserved local award in the form of cider pub of the year and was also runner-up for pub of the year.

This former old Coop has had a wonderful conversion into a multi-roomed pub. Three rooms on the ground floor and a function room upstairs. The outside drinking area to the front is popular. The four real ales are from small micro and regional breweries from the whole of the UK but a couple is often local to the area.