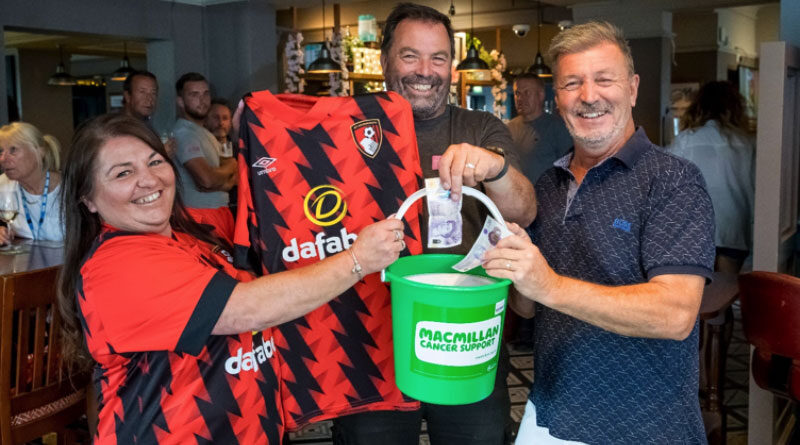 To celebrate the return of the premier league, three match-day pubs – The Broadway, Bournemouth, The Wolds, Nottingham, and The Durell Arms, Fulham – are launching a shirt giveaway for fans worth over £10,000.

The three sites, popular with fans of AFC Bournemouth, Nottingham Forest and Fulham FC respectively, have also been granted Premier Pub status by pub company and brewer Greene King, to celebrate each teams’ promotion to the league.

To mark the start of the season, each pub will be decked out in the local team’s signature colours and what’s more, fans will be in with the chance to bag a new season home shirt for free.

The first 50 fans to order a drink at any of the three Premier Pubs on Saturday 6th August and donate an amount of their choice to Macmillan Cancer Support, will receive a free new season home shirt.

All the money raised will help the charity continue to do whatever it takes to provide vital care and support for people living with cancer.

Each pub will also be unveiling a plaque, signifying Premier Pub status, with decorations both inside and out creating a real party atmosphere to celebrate the return of the Premier League.

The Premier League will be shown in all Greene King sports sites across the UK, and what’s more, fans can also download the Greene King Season Ticket app to get access to deals and discounts in over 700 pubs. The full list of Season Ticket sites can be viewed here.

Once customers register their Season Ticket account, they’ll get an automatic 10% off selected drinks via the app, which is available to download here from the Apple store, and here from the Google store.

Chris Conchie, head of marketing for Greene King Sport said:
“Football is something that sparks excitement and passion across the UK and being able to celebrate the start of the new season in three newly promoted Premier Pubs is fantastic.

“As well as showing all games across our Season Ticket pubs, we’ll also be launching a series of deals, discounts and promotions through the app, so make sure to download and register before the first game.”