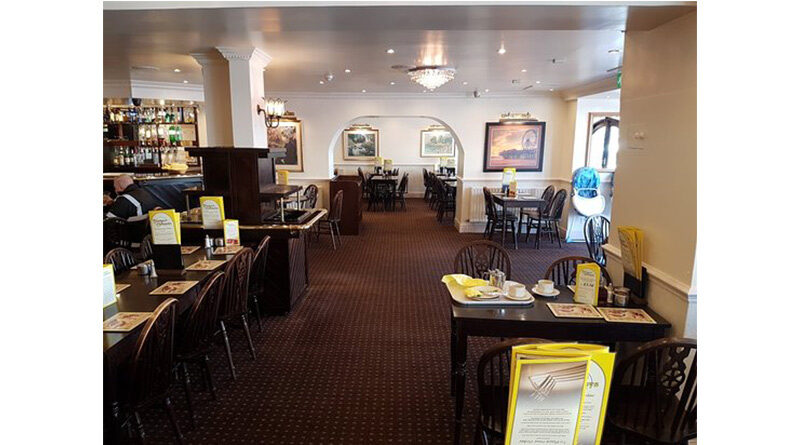 A man who harassed a restaurant with a series of bogus negative reviews on Tripadvisor which claimed the food made his family ill has been ordered to pay compensation to the restaurant owner.

Martin Stewart Potts wrote 10 bogus reviews about Bispham Kitchen in Blackpool, Lancashire, claiming that the eatery’s haddock was in fact “catfish” and that their chips were “fried in burnt oil”.

Mr Potts was taken to court over his ‘campaign of hate’ and has since been ordered to pay £7,455 to Bispham Kitchen owner Steve Hoddy.

Potts posted a total of ten false reviews against the restaurant, however Steve Hoddy, a trained lawyer decided to take action.

During a hearing in July, Judge Sephton ruled that Potts was guilty of malicious falsehood and ordered him to pay the compensation sum to the owner.

Speaking after the verdict, Hoddy commented on how trolling had become ‘rife’, adding: “It’s becoming a pandemic of its own. It wrecks businesses.

“I have owned Bispham Kitchen for 44 years now and my business is robust enough to withstand this sort of nonsense.

“But particularly for hotels, it is a real problem because people really do take note of hotel reviews because they are spending larger sums of money. It is the scourge of modern society.”

He went on to discuss Potts who ‘used eight different usernames’, explaining: “He put the first review on, and it said, ‘owner glares at you weirdly when you are trying to eat your fish and chips, not a nice experience’.”

After responding to the review, Mr Hoddy, who is the managing director of six restaurants and a takeaway, said this only seemed to provoke Potts into a spate of reviews over the next couple of weeks.

Luckily, the business owner knew what to look out for and noticed the same spelling mistakes made across several write-ups.

After realising Potts had written about a hundred reviews of other places using four different usernames, he decided to confront the troll.

He said: “I gave him a letter warning him that unless he apologised for the reviews, I would sue him for malicious falsehood.”

Potts denied involvement, “But when I presented him with incontrovertible evidence, he drip-fed admissions, but still resisted the case,” added Hoddy, “The case came up in Manchester Crown Court on July 19. I won and was awarded £7,455 in damages and costs.”

Hoddy said the case highlighted how easy it was for malicious trolls to hide their identities on websites like Tripadvisor.

A UK spokesman for Tripadvisor said: “Tripadvisor takes the issue of fraud extremely seriously and we use the best in technology and human moderation practices to fight it.

“Our advice to business owners and consumers alike is simple: if you see a review that arouses suspicion or breaches any of our guidelines, please report it to us. Our team will then investigate, and act accordingly.”