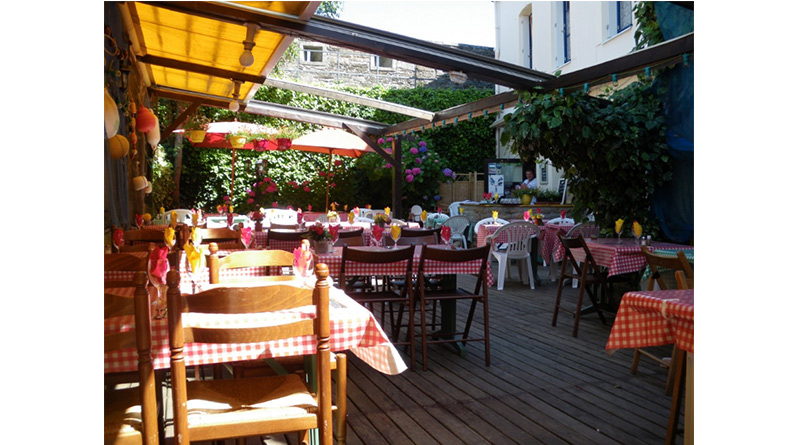 Latest figures from the CGA AlixPartners Market Recovery Monitor show that at the end of March this year, the pre-lockdown number of licensed premises in Britain stood at 115,108, a 2.4% reduction on March 2019.

Numerically the independent sector remains the largest segment of the market, with 74,271 sites, almost two-thirds of the total. The future of those largely small businesses, alongside almost 41,000 group-owned sites, is now under threat as a result of the COVID crisis.

That rate of decline is set to accelerate rapidly once the hospitality sector begins to reopen from July 4. Although the vast majority (96%) of business leaders in the pub, bar and restaurant industry are expecting a phased reopening, only a third (36%) believe they will eventually re-open all their sites for trading.

According to CGA’s latest Business Confidence survey, another third (32%) of business leaders are already anticipating the need to permanently close sites, with the remaining third yet to decide.

“Industry estimates of the scale of closures vary widely, from below 10% to as high as 30% of total sites. The challenge for business owners, directors and planners – as well as industry investors and suppliers – will be to understand not just how long the casualty list will be, but which will be the worse hit areas, what type of businesses are most under pressure and how individual sites will pivot to new styles of operation,” said CGA group CEO Phil Tate.

To help that process, CGA and AlixPartners will be increasing the frequency of Market Recovery Monitor (the renamed Market Growth Monitor) from quarterly to monthly once the market begins to reopen. The new service will map out developing recovery activity, highlighting the areas and types of operations that open up and return to business first, which are slower, and which might remain dormant, giving the industry, and individual companies and investors, greater insight to guide decision-making.

Graeme Smith, Managing Director at AlixPartners, said: “Many operators have got their tape measures out to assess the impact of social distancing restrictions on operations and capacity. Even with well-configured space, cover counts will be meaningfully reduced and may prompt further questions on whether it is sensible to reopen, or not, from a profit perspective. Location considerations will be another factor – it’s easier to foresee rural and suburban venues opening faster than those located in large city centres given there will be a significant period before offices reopen and footfall numbers return to prior levels, particularly where mass-transit is key for commuters.”

The latest Monitor includes figures up to the end of March and the COVID lock-down, providing a starting point and highlighting the parts of the market already in decline – and those that until now were growing.

In the last year, independently-owned operations have borne the brunt of closures, while group-owned and operated pubs, bars, restaurants and hotels have grown in numbers, backed by corporate investment.

Numbers of independent food-led businesses, including restaurants and food pubs, fell 2.6% in the last year; drink-led sites, including pubs and bars, were down 1.5%; and accommodation-led businesses numbers dropped 8.8%. In addition, the leased pub segment declined 5.5% over 12 months to 19,376.

In contrast, group-owned and managed sites saw a 1.6% uplift in numbers to 21,461. Managed food pubs grew 2.2%, group-owned full-service restaurants grew 7.6%, hotels were up 3.9%, bar numbers grew 13.1% and even managed community pubs saw a 1.4% uplift in numbers. The exceptions were in the over-crowded casual dining market, which saw a 0.2% decline in chain-operated sites, managed high street pubs (down 0.4%) and chain-owned night clubs (down 1.7%).

Phil Tate added: “While corporate-investment has sustained growth programmes to date, the COVID crisis has thrown everything in the air. The question is whether the bigger corporate players will be best placed to emerge post-lockdown still in a relatively strong position? Will independents continue to struggle, or will it be the medium sized groups, especially in the casual dining arena, that will be squeezed the most?”

Monitor figures suggest that casual dining might be more vulnerable than other operations. The sub-sector, including independents as well as the branded chains, declined 3.1% overall in the year to March, and with its dependence on retail, business and urban locations may need longer to recover than other parts of the market. The strength of brands will be tested, and those with a multi-channel approach, including delivery and takeaway may be the best equipped.

Local pubs and restaurants have also been out of favour, with community pub numbers continuing to decline by 3.7% last year, the Monitor data shows. But with home-working continuing and consumer research pointing to the public’s inclination to return to local establishments before heading back to city and town centres, these businesses may have an opportunity to win back trade.

“How the overall hospitality market reopens will be dependent on a range of factors: Government timetables, support and continuing restrictions; the financial strength of individual businesses; wider economic and business activity; the creativity of management teams; and the willingness of customers to return,” added Tate.

Graeme Smith concluded: “Restarting a business into a market where demand levels are uncertain and significantly below previous levels is not sustainable without further support from key stakeholders and the Government. While the extension of the furlough scheme is welcome, operators will be working closely with their investors, lenders and landlords to help them navigate this crisis.”

The new-look monthly Market Recovery Monitor will also introduce a new site categorisation to more accurately reflect the development of operations. This will see the introduction of ‘casual dining restaurant’ and ‘bar restaurant’ classifications within the broader restaurant definition, as well as craft bars and street markets being separately recognised.

CGA’s Business Confidence poll, conducted during the week beginning April 20, 2020, revealed that the vast majority (81%) of operators are already recovery planning, with most considering a range of different scenarios, but almost all expect to see a much-reduced market in the future.