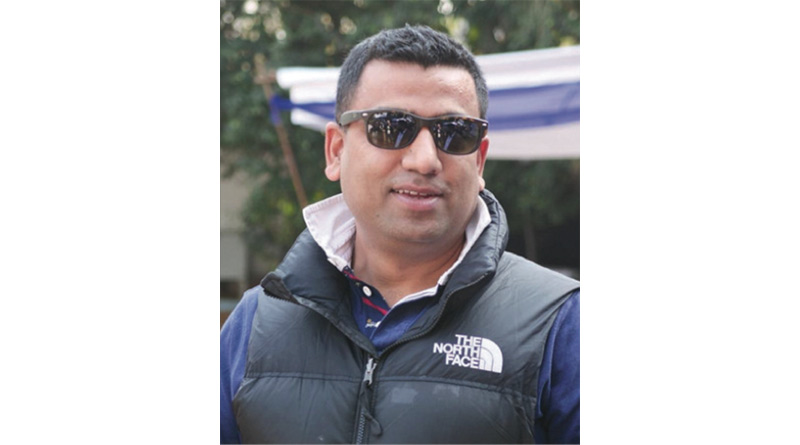 The “new weekend” of the British hospitality industry came to an end on 31 August, Chancellor Rishi Sunak’s most popular support scheme “Eat Out to Help Out” which ran for the month of August, and is not likely to get an extension. The scheme has been a huge success and a boon for the ailing hospi- tality industry, one of the most affected due to the pandemic.

Restaurants, cafes and pubs, who participated in the scheme were offering 50 per cent dis- count on Monday,Tuesday and

Wednesday on bills, up to a maximum of £10 throughout August.There is demand from various corners of business, including the pub, restau- rants, and small business that the scheme should be extended at least for a month more as the business scenario has not changed yet.

After the lockdown, things were not changing as expected, and people had started living under the fear of the virus, as a remedy is still not on grounds and forced to still rely on measures to contain it. It was the rea- son that UK chancellor came with this novel idea for dining in restau- rants, to support around 2 million people employed in the hospitality sector.

The positive impact of the scheme was clearly visible on the equity markets as well, hospitality sector stocks like Mitchells & Butlers Plc, Restaurant Group Plc, JD Wetherspoon Plc and Whitbread Plc etc. have given almost double-digit return in less than a month since the start of the scheme.

HANDHOLDING IS STILL THE NEED OF THE HOUR FOR THE INDUSTRY

The fear of virus persists, and this is one of the most crucial reasons that scheme should either get an extension or should be replaced by something similar which have even a wider horizon, covering all those who were not included in this scheme. (Only those bars and pubs that served food could participate while rest were left out; also catering services, bed and breakfasts and mobile food vans were not included after from the takeaways only.)

People are still afraid of coming out preferring to stay at home, relying on home deliveries and takeaways.The reason for the sudden rise in footfalls and diners scrambling for a discount could be credited to nature of the scheme, which was for a limited period only and if it was meant to encourage people to safely return to going out, its hastened removal without providing any alternative measure to support the deeply battered industry could water down the achievements it has generated.

If we consider the case of Aberdeen, which had just reopened after a local lockdown, there the Bars, cafes and restaurants were shut on 5 August, two days after the start of the scheme and were devoid of the benefits of the scheme; they are surely going through the tough period with the business environment remaining all uncertain, an extension of the scheme or an alternative arrangement can help them out.

The government may have its own concern of rising debt and keep supporting any industry long with taxpayers’ money, apart from the criticism of promoting junk food resulting in obesity. But the reality is the industry is still not out of the woods. Pubs and restaurants which started reopening on 4 July on government’s directive following strict social distancing measures are still 50 per cent below the same period last year in terms of bookings on open table.

There is no doubt that the scheme has created a convincing pitch for the people to get out of their homes, while it is also true that it won’t be possible for businesses to run the scheme for long without the gov- ernment support. But why not see the brighter side of the development, the discount has enticed fear ravaged people to come out, as the gov- ernment data showed 64 million meals were eaten in the three weeks of the scheme, so the industry needs to create a strategy around that. Many pubs and restaurants have announced to extend the scheme (restaurant group’s like DRG and Gaucho have announced to extend the scheme to September), but it may not be a viable and sustainable propo- sition for long. Here some tailor-made schemes from the industry based on the customers taste and locality, which does not hit the profits and keep the footfalls intact can-do wonders for the businesses.The best part would be that there would be no restriction of participation for some specific and exclusion for some others.

The bottom line is that the businesses need to run for themselves and for the economy.The industry needs to rebuild the confidence among the customers, assuring them that everything is being done to keep them secure and that it is not only safe to come back to open environment but rewarding as well. On the same time, health concern should be tack- led most stringently. It is the industry’s responsibility to take all measures to avoid any Covid cluster scenario like Aberdeen, which can lead to a real precarious situation for the businesses.