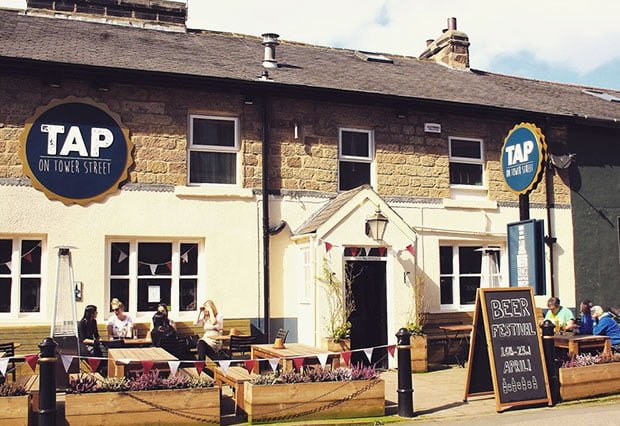 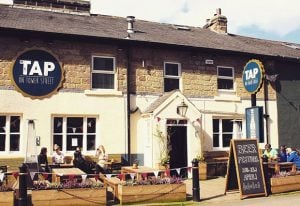 Publicans at The Tap on Tower Street, Harrogate stole the show at the Ei Group Awards scooping three top awards including Best Multiple Operator, Best Drinks Offer and the highly coveted Pub of The Year.

The awards recognised the vital role the pub plays in its local community, and the passion for the business demonstrated by Rob and Alison Thompson, who operate seven pubs through their company, Appetite for Life.

The couple impressed the judges with their efficient operating processes and exceptionally high standards. Judges praised The Tap on Tower Street for its welcoming and relaxed atmosphere, knowledgeable staff and an eclectic drinks range of over 60 gins, 30 rums and 20 tequilas and mezcals alongside a wide selection of craft beers and home-made non-alcoholic cordials.

The awards programme celebrates the pubs and operators from across the Group who demonstrate operational excellence and outstanding commitment to running fantastic pubs at the heart of their communities.

Other winners included Mike Armitage from the Lion Brewery in Ash, Surrey, who was awarded a Lifetime Achievement Award for his relentless commitment to running a community-orientated pub and for raising an incredible £200,000 for local charities over the years. Mike is due to celebrate his 39th anniversary at the Lion Brewery next month (August).

The Lion Hotel in Treorchy was awarded Best Community Hub for the second year running.

The awards were presented at a gala ceremony at the Old Thorns Hotel in Hampshire and the winning entries were selected following a rigorous judging process led by a panel of industry leaders, before site visits were conducted by pub expert Phil Dixon.

Ei Group Chief Executive Simon Townsend said: “The standard of entries to our awards this year was exceptionally high with so many of our publicans going the extra mile to make a real difference in their communities. We are delighted that these awards provide us the opportunity to shine a light on some of the passion and energy that our publicans put into running their businesses, and reward them for their efforts.”