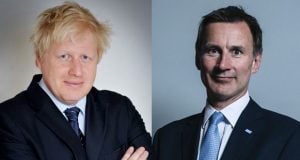 Small Breweries’ Relief, or SBR, (also sometimes known as progressive beer duty) allows small brewers to pay a more proportional rate of duty on their beer. This allows small professional brewing businesses to compete with global brewers who dominate the marketplace. A brewer up to 5,000 hectolitres (around 880,000 pints) of production per year pays 50% of the standard duty rate. Above 5,000hl a year, the rate at which brewers pay on the standard duty rate tapers down until 60,000hl – whereby the full standard duty rate is applied.
83% of SIBA members say SBR is ‘extremely important’ to their business and the rest agree it is ‘very important’ (5%) or important (8%). SBR has been directly responsible for the ‘craft beer boom’ and is vital to the UK beer scene.

It’s a stance supported by consumers too, with a YouGov survey of 2,000 people commissioned as part of SIBA’s Craft Beer Report showing 80% of the British public are against any cut in Small Brewers’ Relief.

“Breweries are incredibly important to local economies across the UK and politicians are rightly engaged, with around a third of MPs having visited their local brewery in the last 12 months. We’re now calling for the help of those same Members of Parliament, and the Tory leadership hopefuls to back British independent beer and tell the Treasury to commit to no reduction in relief for Britain’s independent brewers.

“SIBA is resolute that no small brewer should lose any duty relief as the result of reform, as any reductions threaten jobs, investment and consumer choice, which is why SIBA will continue to defend SBR at current levels whilst lobbying for positive reform.” James Calder, SIBA Chief Executive.

SIBA argues that above 5,000hl of production the rate at which relief is withdrawn is far too steep and acts as a barrier to growth. With a modest investment of around £9m from Treasury, the next Prime Minister could turbocharge the UK brewing scene, smoothing that curve and incentivising further jobs, growth, investment and most importantly, great beer.

Ian Fozard, Chairman of SIBA and owner of Roosters Brewery in Harrogate said “Growing your businesses through 5,000hl is incredibly hard and we think Treasury recognise this. The next Prime Minister should seriously consider adopting SIBA’s policy to turbocharge UK brewing whilst protecting the smallest brewing businesses.”

One brewer which believes reductions in SBR would result in the closure of his business is Roo Stone of Old Sawley Brew Co in Nottinghamshire who says “We are a relatively new business trying to expand. Without SBR I doubt that I could continue employing people, and as a consequence would probably have to close down as I couldn’t do it all myself.”

It’s a similar sentiment from Pete Hounsell, Head Brewer at Amber Ales in Derbyshire,“SBR is vital to our business and the craft beer sector. Without it, we would not be able to trade and there would be virtually no small microbreweries left either.” AndShane Swindells of Cheshire Brewhousesaid “SBR is vital to keeping my brewery open, reducing it would close my business overnight, it’s that vital.”

Jan Rogers of Marble Brewery in Manchester recalls the positive effects SBR had on their business when it was introduced, “As a brewery that has brewed at under 5000hL for the last 22 years Marble definitely benefited from the introduction of Small Brewers Relief in 2002. It meant we were able to balance the books whilst championing quality cask beer and innovating in a changing product market. We believe that the reduction of Small Brewers Relief for producers under 5000hL will lead to the return of a monopoly style market with a loss of many small businesses such as ours.”

Peter Hills of Hackney Brewery in London says SBR has helped them create jobs for nine full-time members of staff and support their local community, “SBR is crucial to my business. We founded the brewery in 2011 and have grown the business over the last eight years creating jobs for nine full-time, tax-paying, local staff. We use SBR to improve working conditions for our staff and to run a socially responsible brewery, including being a London Living Wage employer.”