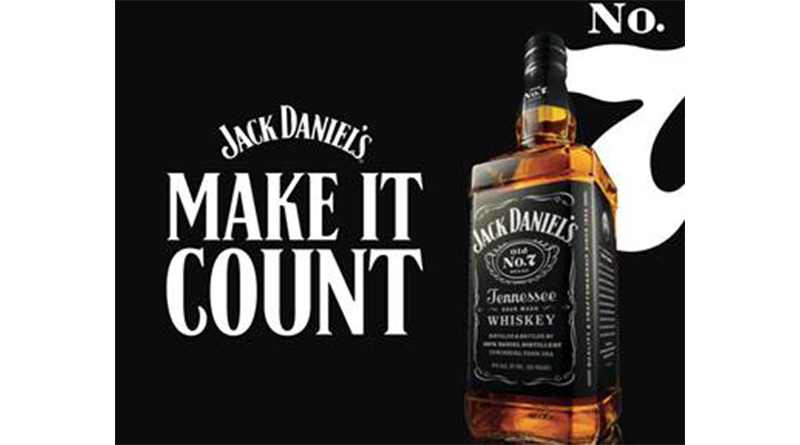 Jack Daniel’s, the world’s most valuable spirit brand[1], is launching its first truly global creative campaign, “Make it Count”. The campaign showcases a new way of thinking for the 154-year-old brand that celebrates the people who drink it.

Launching in the UK on Monday 12th October, the new ‘First Timers’ ad will air on ITV at 8.45pm, celebrating the brand’s global audience and showcasing the Jack Daniel’s fans who choose to live boldly and try something they’ve always wanted to do. You can watch the video here.

The :20 film is part of a cross-channel campaign including TV, social, digital and out of home both within the UK, and throughout over 100 countries worldwide. To mark the campaign launch, the brand will be activating “Make it Count” in the On Trade with its “The Countdown is On” kits which will include Christmas jumpers, as well as merchandise for bar staff.

“With ‘Make it Count’ we have a long-term platform that resonates with consumers, especially in today’s environment, and carries the message of Jack’s bold, independent spirit,” said Matias Bentel, Chief Brands Officer of Jack Daniel’s parent company, Brown-Forman.

As the number one whiskey brand in the UK On Trade[2], Jack Daniel’s continues to lead the American whiskey category[3], accounting for 59% of the American Whiskey market in the UK On Trade[4]. Including its wider family of brands, Jack Daniel’s accounts for 28% of UK On Trade Total Whiskey sales[5]. The brand will be activating its “Make it Count” campaign across the UK on trade with The Countdown is On kits featuring Christmas jumpers and merchandise for bar staff.

The launch of the new campaign follows news of a new master distiller heading up the Jack Daniel Distillery. Seasoned whiskey maker, Chris Fletcher, will take over the reins as Master Distiller of the iconic Tennessee Whiskey brand. Fletcher, who is grandson of former Master Distiller Frank Bobo, will be responsible for the overall quality of Jack Daniel’s from “grain to glass,” innovation and will serve as a global ambassador. He will also oversee the distillery’s new “Distillers in Training” program which aims to recruit, teach, and mentor the next generation of whiskey makers.