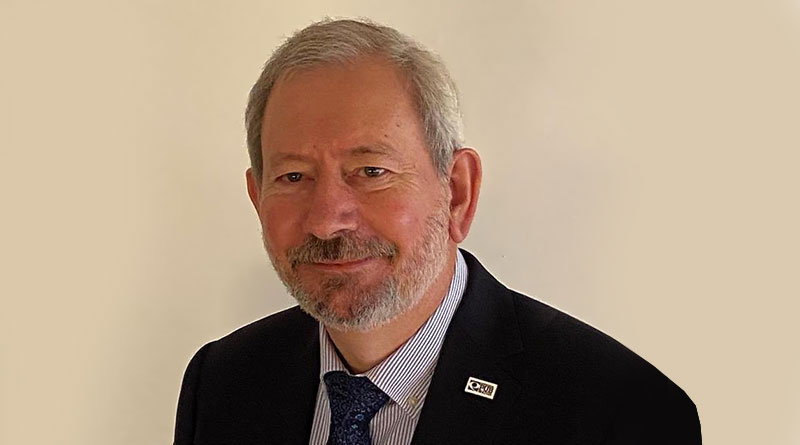 National Pubwatch chair Steve Baker has been honoured with an OBE in the New Year’s Honours List for his services to reducing crime and improving safety in licensed premises.

He has played an influential role in National Pubwatch, the voluntary organisation that now supports over 800 local pubwatches across the UK, since its creation over 23 years ago, sitting on its committee since 1997.

Steve, who is a retired police inspector, took over as chair of National Pubwatch in 2007 spearheading the strategy and operations of the voluntary organisation.

In 2009, due to mounting concern from the pub trade about violent attacks on pub staff, he led a campaign called Court not Caution to raise awareness of the issue. This work led to acknowledgment from the Sentencing Council that people working in the pub trade were providing a service to the community and therefore assaults against them should be treated as an aggravating factor.

As well as offering support and advice to pubwatches National Pubwatch, under his leadership, has rapidly developed to further help the licensed trade.

It has introduced a range of training films to help licensees covering issues including ‘Conflict Management’, worked with other best practice schemes such as the National Licensing Forum, Proof of Age Partnership Scheme and Best Bar None. Steve has also taken a leading role in the work of the Local Alcohol Partnership Group, working to assist the Home Office’s Local Alcohol Action Areas by creating new pubwatch schemes in participating areas.

Steve has also been very committed to acknowledging and celebrating the work of people who have contributed to the success of their local schemes. He has launched various award schemes at both local and national level to promote good practice including the National Pubwatch Awards, which recognises the work of local pubwatch schemes.

Steve Baker said: “I was surprised and delighted to be awarded this OBE. It has been a privilege to chair National Pubwatch for the last 13 years with the organisation making a major impact in fighting crime and disorder.

“This is a great honour and not just for me but the whole National Pubwatch committee and all the pubwatches around the country that are doing a hugely important job in ensuring that the late night economy is safe.

“Our aim is to create safer drinking environments and over the years we have worked hard to promote pubwatch as a best practice initiative deserving of support and recognition by the Home Office and Police.”

He said: “Steve has led the organisation with drive and vigour in an entirely voluntary capacity.

“He has demonstrated through his work over many years that he plays a significant and on-going role in reducing crime and in doing so makes our town centres much safer places for people to work and socialise.

“It’s a testament to his considerable management skills that National Pubwatch continues to thrive and provide its service.”