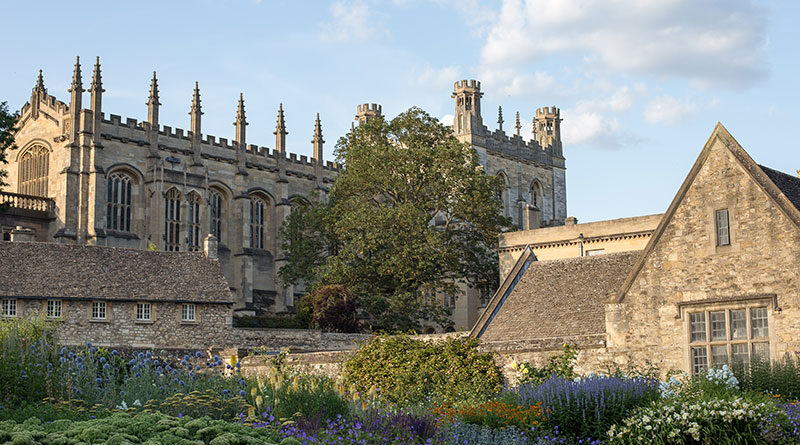 A new study has revealed the UK’s top staycation spots for a weekend getaway.

The research, conducted by travel insurance experts Forbes Advisor, scored UK locations based on factors such as the cost of eating out, the average price of a local Airbnb, and transport costs in and around each town or city.

It also analysed the number of attractions per 10,000 people to discover where offers the best experience for a staycation this autumn.

The research revealed that the historical city of Oxford offers the best experience, with a Staycation Score of 93.6 out of 100. Visitors can enjoy a three-course meal for two that costs just £50 on average, Airbnb stays priced at an average of £116 per night, and a wide and varied selection of attractions – with local taxi fares priced at just £1.75 per mile.

Second place goes to York with its Staycation Score of 92.8. At 32.73, the city, which dates back to ancient Rome, offers the highest number of attractions per 10,000 people. It also scores well for the number of restaurants at 16.58 per 10,000 people. Taxi fares in the city are also relatively modest, costing an average of £2.20 per mile.

With its Staycation Score of 91.4, Cambridge takes third place as a staycation hotspot. A bottle of beer costs a particularly reasonable £3.75 on average in local restaurants, while the £107 daily cost of an Airbnb also stacks up well in terms of affordability. The city also offers 29.51 attractions per 10,000 people.

Guildford, a large town in Surrey, ranks in fourth place, based on its affordability balanced with its wide selection of things to do. It offers 19.47 attractions per 10,000 people as well as the lowest beer prices out of any location in the top 10 at £3.25.

Nottingham takes fifth place with taxi fares sitting low at £1.75 per mile and an overnight stay at an Airbnb priced at an average of £102. It also scored well on the number of attractions, with 17.11 per 10,000 people. 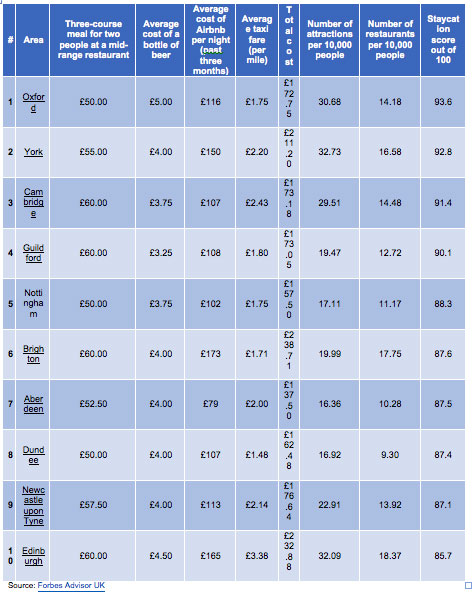 “The continued prospect of flight and airport disruptions, lingering Covid testing requirements in some popular overseas destinations, and rising living costs are just some of the many good reasons why a short break within the UK might appeal this autumn.

“And the good news is, our very own shores have so much to offer in terms of history, architecture, nature and scenery.

“Our research ranks the top staycation hotspots based on costs of local accommodation, eating out, and transport in and around the town or city – as well as the number of local attractions to visit once you are there.

“As the weather turns, it’s good to know that a fun-filled and inspiring weekend staycation is within reach without weighing too heavily on your stress levels or bank balance.

“Bear in mind travel insurance is still a good idea when travelling within the UK. It’s inexpensive and will provide cover for unforeseen events which mean you are forced to cancel your trip.”