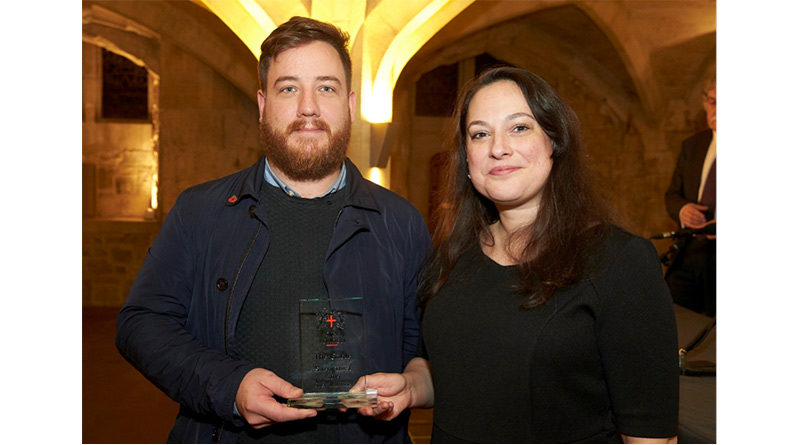 Stonegate Pub Company is celebrating a record-breaking performance at the Safety Thirst Awards, in a ceremony held in London last week. The pub group took home 24 of the 72 accreditations that were awarded to venues on the night, each of which was commended for their work in reducing crime and anti-social behaviour, while also helping to ensure a safe and pleasant environment for people to socialise and enjoy the city.

The jewel in Stonegate’s crown was no doubt The Gable, on Moorgate, that was named an Overall Winner for the second year running, with 12 other sites Highly Commended, including The Minories, Kanaloa and The Cannick Tapps.

The scheme has been open to all licensed premises in the Square Mile since 2006 and is run by the City of London Corporation, in partnership with the City of London Police and the London Fire Brigade. 2019 saw an increase in the number of venues recognised by the scheme, with 72 pubs, bars and clubs making the cut, up 15 from last year.

Pauline Bass, Director of Licensing and Gaming at Stonegate, said: “At Stonegate we are dedicated to providing safe, inclusive spaces for all of our customers to enjoy. We have a ‘zero tolerance’ attitude towards crime in our venues and we are committed to working with the City of London’s Emergency Services to ensure our capital city remains the hub of entertainment and activity it is known for throughout the world.

“We are really proud to be recognised by the Safety Thirst Awards across so many of our venues, it is testament to our teams’ hard work and perseverance in delivering excellence day in and day out, that Stonegate Pub Company as a collective has done so well. We hope to continue to build on this success next year.”

Sophie Anne Fernandes, Chairman of the City of London Corporation’s Licensing Committee, said: “The scheme continues to grow each year and the record number of awards is a testament to the hard work of the City of London’s licensees. It also underlines the importance we place on safety in the night-time economy both for customers and licensed premises staff.

“Standards across all our participating licensed venues are high, but the overall winners, including The Gable, really are exemplary. I hope this encourages even more venues to come forward and join the scheme.”