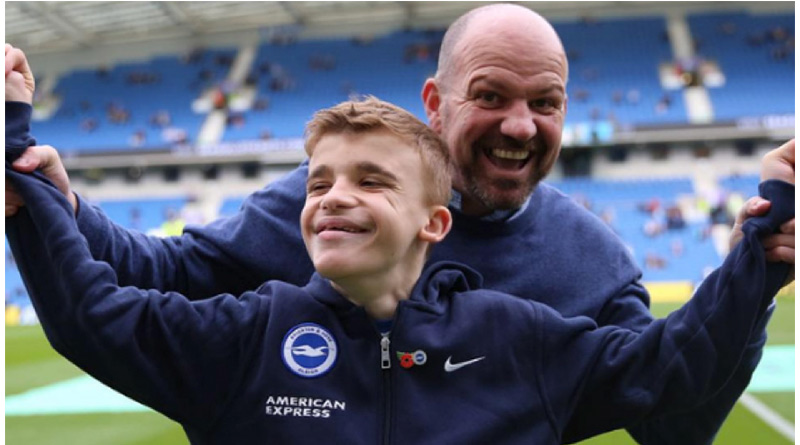 2020 proved that football is nothing without fans, the Fan of the Year competition recognises football fans that have gone above and beyond to support their club throughout the last 12 months in what has been a truly difficult year for the beautiful game. The winner won £500 in cash and an Ultimate Football Fan Experience, courtesy of Coca-Cola.

Stephen Cooper, Stonegate’s Sports Marketing Manager, said: “With pubs being closed for the majority of 2020, it was more important than ever that We Love Sport continued to unite sports fans. We wanted to recognise those incredible fans that had gone above and beyond to support their club throughout the last 12 months in what has been a truly difficult year for the beautiful game. It could have been someone who has helped their club out in the community, that season ticket holder who never misses a game but has been forced to the confinement of their living room or maybe they have had a tough year and their beloved club has got them through the difficult lockdown months.”

This year’s winner, Paul is the father of Finley ‘The Mighty Fin’ Williams. Together they aim to raise as much money as possible to grant magical wishes to families. To date, they have raised over £10,000 for Make-a-Wish Foundation.

Fin has a rare syndrome called Mowat-Wilson Syndrome and Hirshsprungs Disease but he gives joy to thousands via his Facebook page ‘The Mighty Fin’s I Have No Voice’. Nothing makes Fin happier than watching his beloved Seagulls and before the COVID-19 pandemic, Paul would travel 600 miles from North Wales to Brighton to ensure they saw the matches.

Paul said: “The Mighty Fin comes alive during our trips. Every second is a moment to savour for me. I will probably outlive my son and so making beautiful memories is very important to me. We want as many people as possible to have the opportunity to create as many beautiful memories with their lovely children too! Many people can’t afford to do that, so that is where Make-A-Wish UK comes in.”