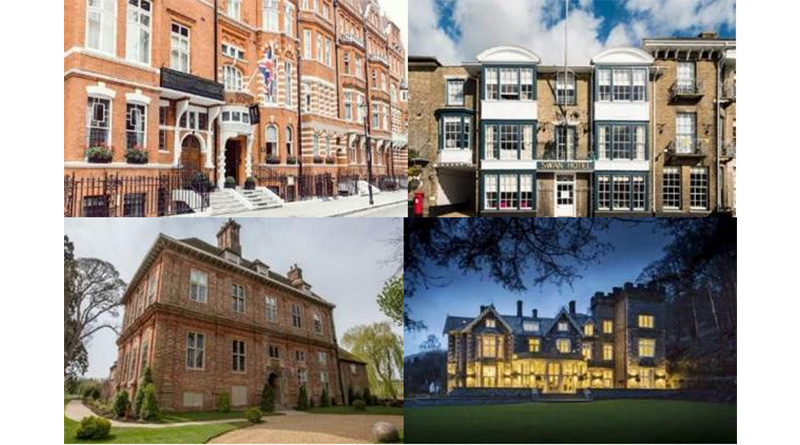 The AA has today announced its latest round of Red Star winners, celebrating the best hotels in the UK and Ireland.

Clockwork from top left; 11 Cadogan Gardens, London; The Swan, Southwold; Forest Side, Grasmere; and THE PIG at Bridge Place, Canterbury. Photos of all winners are available HERE.

Awarded to hotels offering the best customer experience and highest levels of service, the new AA Red Star holders are: 11 Cadogan Gardens (London), which was awarded the maximum five Red Stars, marking it as among the very best hotels in the UK and Ireland, while four Red Stars were given to Forest Side (Grasmere, Cumbria), Linthwaite House, (Windermere, Cumbria), and The Swan (Southwold, Suffolk). Three Red Stars were also awarded to THE PIG at Bridge Place (Canterbury, Kent).

Simon Numphud, Managing Director at AA Media said “There is no denying that it has been an immensely difficult time for the hospitality sector, but we have seen hotels across the UK and Ireland rise to the occasion, providing the public with fantastic experiences and enjoyable stays despite the challenges of COVID-19. Providing outstanding hospitality is an impressive feat at any time, but is particularly notable now, and we are delighted to be able to recognise the hard work and creativity of our Red Star winners.”

Red Stars are the AA’s top accolade for hotels, regardless of size or type of operation. A hotel awarded red stars has been selected by the AA as one of the best hotels in the British Isles, offering high quality throughout, including outstanding levels of hospitality and service.

The announcement of Red Star winners by the AA follows last week’s reveal of the latest round of AA Rosettes, celebrating the best restaurants in the UK.