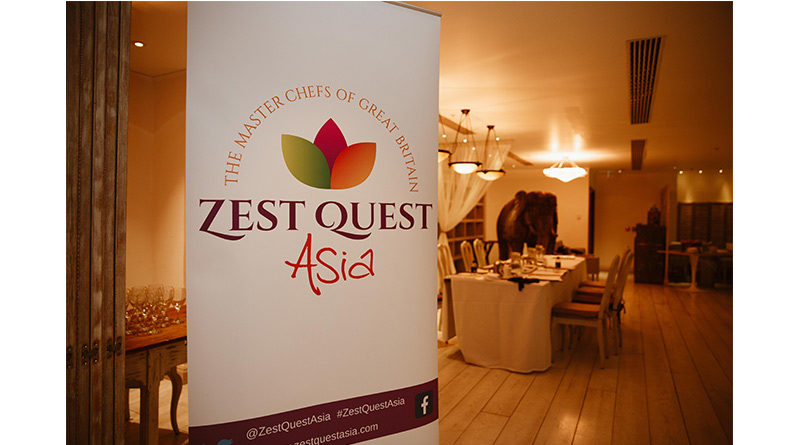 As Panasonic steps up once again as a Gold supporter of Zest Quest Asia, the Pan-Asian culinary competition for college students, the six colleges to compete in the finals for 2020 have been announced as Loughborough College, New City College, North Hertfordshire College, Sheffield College, University College Birmingham and University of West London.

All will be competing at a live cook-off to be held on Friday, 7th February 2020 at Mr Todiwala’s Kitchen, the signature restaurant of the Hilton London Heathrow Airport Terminal 5. The winners will be announced at a Gala Dinner and Awards Night to be held at the hotel that evening.

In addition to the main competition prize, the finalists are competing for the chance to win a special prize offered by Panasonic in conjunction with the Embassy of Japan for its Rice Cooker Round. As well as creativity in the use of the rice cooker, the judges will be looking for authenticity in the use of Asian flavours and ingredients as rice cookers are very much a part of Asian culture and are used extensively in both domestic and commercial kitchens.

Founded by Cyrus and Pervin Todiwala in 2013, in collaboration with the Master Chefs of Great Britain, Zest Quest Asia is noted for its rigorous criteria and exacting standards, but also for the range of prizes that await the winners and competitors, not least of which is a cultural and educational trip to an Asian destination; previously, as headline sponsor, Panasonic took University College Birmingham, winners in 2017, on a trip of a lifetime to Japan.

Justin Burnell, Head of New Business Development, Panasonic, said; “Every year it is an honour to support this great competition as the standard that the students cook to is astonishing, as is the passion and dedication they show in their entries. We’re wishing the very best of luck to all finalists, and are looking forward to seeing their efforts this year using Panasonic’s commercial rice cooker, in the Rice Cooker Round.”

The Zest Quest Asia final cook off and Gala Dinner and Awards Night will be held on Friday, 7th February 2020 at the Hilton London Heathrow Airport Terminal 5. For more information and tickets, visit www.zestquestasia.org. Special accommodation rates at Hilton T5 are also available upon booking.