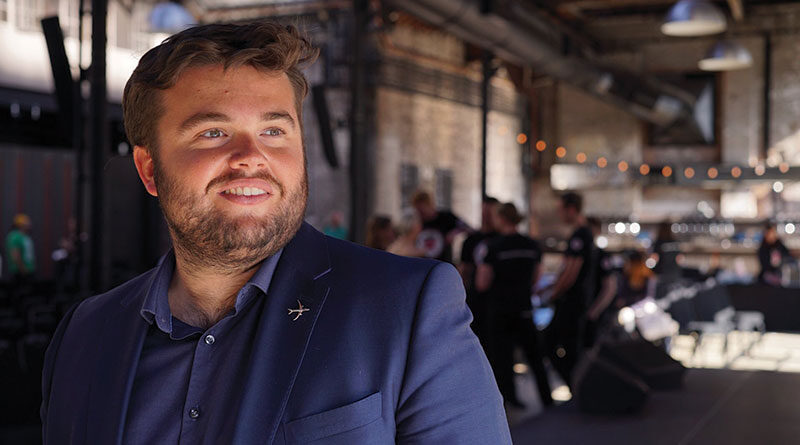 In a week of aviation carnage, James Moon discusses the need for increased technology throughout the sector to address the turbulent year of travel ahead.

The four-day platinum jubilee weekend has seen tens of thousands of British travellers stranded at airports across Europe after close to 200 flight cancellations over the weekend – ruining what is the first holiday abroad for many Brits since the advent of Covid-induced restrictions in early 2020. Now, new research from the private-jet hailing app TailHail, has found that 9.6 million Brits would be willing to fly private in order to escape the chaos seen at airports.

While the private aviation industry has long been restricted by the perception of exclusively catering to the A-List and the elite, the industry is opening up to a wider critical mass, and the appetite for Brits to travel privately remains insatiable. The new landmark study from private jet hailing app, TailHail, revealed that 43% of Brits’ bucket lists include flying on a private jet. Shedding a light on the aspirations of the nation’s most desired modes of transport, the research has further revealed that nearly 13% (6,603,000) of Brits explicitly state they rank the ability to fly in premium style as a sign of great success in life and professionally, and strive to do so regularly.

Commercial aviation has failed to invoke a sense of certainty for many, bringing huge opportunity for the private aviation sector. According to the Robb Report, private aviation is set to increase by a staggering 50% in 2022, while Argus predicts another record year for private flights as 2021 saw a 54% increase on 2020. For thousands of new customers, a seed of reliability has been planted and will continue to sprout for years to come, the return to long lines, countless hours spent in terminals and security points will be a hard pill to swallow for new private jet travellers. TailHail has sought out to explore how Brits feel about the prospect of using alternative forms of travel, finding that over 17 million Brits expressed their dream of one day flying privately, with 34% of Brits citing that extended periods of time spent in airport terminals as a motivator for travelling via private jet.

Key Stats:
• 34% (14,024,000) of Brits would fly more frequently if they could arrive at the airport only 30 minutes before their flight
• 50% (21,923,000) of Brits feel less inclined to travel on commercial airlines due to the health and safety concerns given the number of people in airports and on board flights
• 25% (9,611,000) of Brits are willing to share the cost of a private jet with friends and family to avoid long queues or potential cancellations
• 43% (17,340,000) of Brits include travelling on a private jet as one their bucket list items but believe it’s too expensive to become a reality
• 13% (6,603,000) of Brits rank the ability to fly in premium style as a sign of great success in life and professionally, and strive to do so regularly

James Moon, Chief Aviation Officer of TailHail, comments on the different challenges the UK travel sector faces:
“The aviation sector is facing challenging times – an array of factors such as Brexit, COVID and the Ukraine crisis has led to severe staff shortages and an impact on oil prices which has caused flight prices to soar.

This alongside a surge in demand has left the UK travel sector scrambling.

“The UK travel sector has failed countless Brits travelling abroad for the first time after a 2-year hiatus riddled with COVID restrictions as thousands have been affected by cancellations and delays, this trend will persist throughout the year as hiring airport and airline staff is a long process for a demanding job.

“Brits that had to travel home or abroad for an emergency were stuck without having an alternative to resort to, this is where TailHail will use technology to revolutionise the travel sector.

“We saw a market opportunity to use technology to lift the curtain on what has always been an exclusive service, for those who are willing to spend more to avoid long queues and uncertainty. Through our platform and unique algorithm users will be able to see a wide range of aircraft readily available, by creating automation on the booking process, users will have access to numerous flight options including empty leg flights – which can reduce the cost of flying by up to 40%”