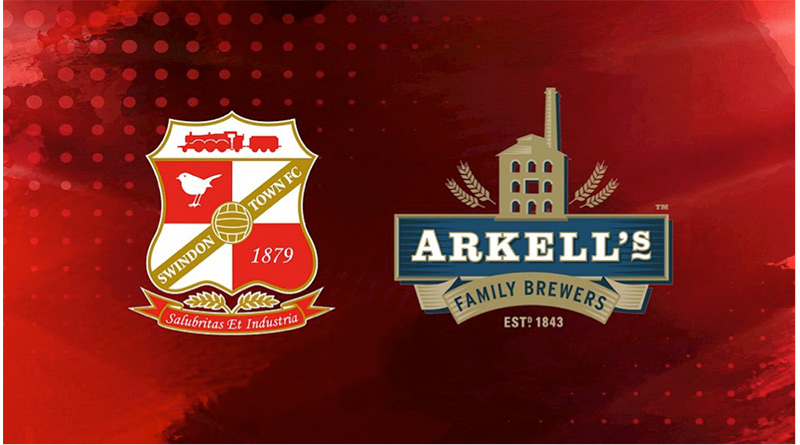 Arkell’s Brewery has renewed its proud long-standing association with Swindon Town Football Club, continuing their sponsorship and naming rights of the iconic North Stand at the County Ground.

The association with Arkell’s and their commitment to the Club dates back to the late 1800s. It is a proud association that continues today and a relationship that with grace has stood the test of time. It is the epitome of commitment and loyalty to the Club and a synergy where both the Club and Brewery have been central to the Town and surrounding areas.

The Arkell’s Stand is of great significance to the family as in 1896 Thomas Arkell donated £300 for construction of the stand on what was then known as the ‘Wiltshire County Ground’. This investment was enough to begin development of the purpose-built football ground seen today. The stand continues to proudly adorn the Arkell’s name and continues this great tradition of partnership.

Adam Wainwright, said: “It’s fantastic that Arkell’s commitment to the club remains as strong as ever before; their commitment is quite remarkable and has to be one of the longest commercial relationships on record in the English Football League.

With all the uncertainties presented to Arkell’s at this time, and after discussions with Nick and the team, it was great to see that the family were up for the challenge and remain resolute with their commitment to the Club and its future. It is a relationship we greatly value, and we look forward to working in unison to actively promote the brewery whilst enjoying further success on the pitch this season.”

Nick Arkell, Arkell’s Brewery Sales Director said: “We’re thrilled to be able to continue to support STFC as these uncertain times are a challenge for us all. We are looking forward to seeing people back at the ground sitting in the Arkell’s Stand”.