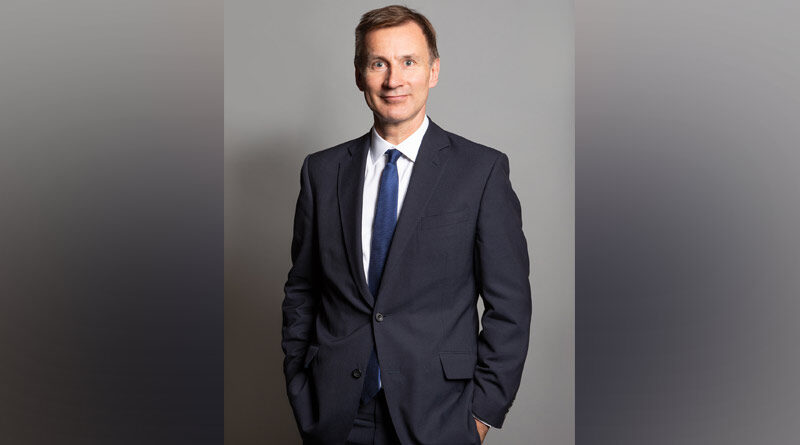 The hospitality sector has issued a stark warning that the industry “is on the brink “ and facing swathes of closures following Jeremy Hunt’s Autumn Statement, which they say “paints a grim picture”, with many businesses having to “consider the future” instead of preparing for the sector’s busiest time of the year.

Addressing the Commons, the Chancellor revealed tens of billions of pounds worth of spending cuts and tax rises intended to rebuild Britain’s fiscal credibility and repairing a £55billion ‘black hole’ in the nation’s finances.

While presenting the autumn statement in the House of Commons today (17 November), the chancellor confirmed the government would provide a £13.6 billion package of business-rates support to help companies through the next five years of economic uncertainty, promising that two-thirds of properties “won’t pay a penny next year”, stating that “thousands of pubs, restaurants and small high street shops” will benefit from this move.

A new government-funded transitional relief scheme will also be introduced, as called for by business trade bodies, which Hunt said will benefit around 700,000 businesses.

There will be no changes to the energy relief package announced by previous Prime Minister Liz Truss and it was confirmed that support for households will be extended for a further year.

Crucially and despite a protest in Parliament Square and outside the Chancellor’s own Treasury office, Mr Hunt confirmed that the current VAT threshold will be retained until March 2026.

Michael Kill CEO NTIA said:  “This Government is guilty of neglecting thousands of businesses and millions of employees and freelancers across the night-time economy, this budget has not gone far enough and still lacks clarity, and will, without doubt, see a huge swathe of SMEs and independent businesses disappear in the coming months.”

“When businesses should be preparing for the busiest period of the year, they are now having to consider their future, and will remember the fourth failed attempt to deliver a budget to safeguard businesses at the sharpest end of the crisis.”

‘There is no consideration for the human impact, this will have a devastating effect on not only business owners, but the individuals and families who have committed their lives and livelihoods to this sector.”

British Institute of Innkeeping CEO, Steve Alton said: “Today’s statement from the Chancellor offers little immediate comfort to our members, all of whom are facing the most challenging and critical times for their businesses.

“As small businesses at the heart of their communities, run in the main by independent operators, they are amongst the hardest hit once again.

“We welcome the news that Business rates relief for the Retail, Hospitality and Leisure sectors will be continued and increased to 75% for 23/24, in line with our consistent calls on Government for ongoing support in this area.

“However, energy price rises are crippling these vital and viable businesses, and whilst the current Energy Business Relief Scheme offers some support, for many, it is having a limited impact in terms of mitigating the huge cost increases they are bearing.

“The scheme only addresses a discount on actual energy usage, and other increased costs such as management fees and standing charges mean that bills have risen in real terms by well over 200% and in some cases up to 700% in comparison to 2021.

“Our essential bricks and mortar businesses must be recognised as extremely vulnerable, and whilst we await the review of the EBRS scheme at the end of this year, we will continue to take the financial realities for our members to key Government departments, making the case for the ongoing, meaningful support that is urgently needed.

“Whilst general inflation is at an all-time high, our members have seen price rises for food, drink and other essential goods and services for their venues at a much higher level, throughout 2022.

“In addition, our recent survey with other industry trade bodies, revealed the impact of chronic staffing shortages for BII members, with 20% vacancies over the key festive trading period, leading to 1 in 3 operators having to reduce trading hours to cope with demand. Unable to trade fully in this golden quarter, for many, they will be facing a cliff edge for their businesses come January.

“Whilst the support for those more vulnerable individuals in the form of a rise in the National Living Wage is welcome for staff, these additional, unavoidable costs for our members, without further support from Government, could be the nail in the coffin for many small businesses.

“As the public face their own cost of living crisis, pubs cannot simply pass these rapidly escalating costs through to their customers.

“Our sector stands ready to be a key part of the stability and growth that is at the heart of the Government’s strategy. As national unemployment is expected to rise to 4.9% in 2023, we can offer local employment & rapid career progression as well as huge tax revenues into the Treasury. To do this, we need ongoing, meaningful support for energy bills and wider escalating costs, alongside full reform of the outdated and unfair Business Rates system, not just short-term relief.”

UKHospitality Chief Executive Kate Nicholls, said: “The Chancellor painted a grim picture of what we’re facing as a nation and Britain’s hospitality businesses are already in the midst of severe economic turmoil.

“Survival this winter is the priority for venues across the country and there is the very real possibility that a significant proportion of our sector will not survive the winter. It was crucial that the Government addressed this today.

“I’m pleased that the Chancellor has listened to the vast majority of UKHospitality’s proposals on business rates, covering a freeze in the multiplier, extended reliefs and no downward transition. This means those seeing their valuations decrease will see the benefit in their bills immediately, at the same time as increases are capped.

“However, it remains the case that the current system is outdated and not fit-for-purpose. The Government made a manifesto commitment of root and branch review and it’s essential that this delivered as soon as possible.

“It was also encouraging that the Chancellor confirmed that energy support will continue post-April for the most vulnerable sectors, of which hospitality has already been recognised.

“What we failed to hear today from the Chancellor was any plan for economic growth, despite him recognising its importance. Businesses create jobs, deliver higher wages and contribute millions in tax revenues but without a serious plan from the Government, margins continue to be squeezed without a path forward to growth.

“There is nothing to give firms confidence, let alone invest, and we need to see an urgent plan for economic growth and how business will be at the centre of that. UKHospitality stands ready to work with Government to develop such a plan and on the essential package of energy support post-April.”

“Hurricane of Costs” Leaving “destruction in its Wake”

Emma McClarkin Chief Executive of the British Beer and Pub Association said: “It is right the Chancellor has acknowledged of the need for changes to our business rates system and extended and increased relief to 75% for pubs, so they do not continue to be penalised through unfair taxation. Urgent root and branch reform is still needed make business rates fit for the 21st century, with the decision not to introduce an Online Sales Tax it seems the Government doesn’t recognise the completely archaic nature of the current system.

“The failure to provide any further relief for our industry today will hit pubs, breweries and their customers extremely hard this winter, and will have a devastating, lasting impact on communities across the country.

“Without lower beer duty or detail on whether energy costs will dramatically increase early next year, pub and brewers will still be forced to continue to make incredibly difficult decisions. The last thing they want to do is increase costs for their customers; they want to remain a place of solace, warmth and community, especially now, when the country needs them most.

“The Chancellor says we need to weather the storm together, but pubs and brewers are still facing a hurricane of costs leaving nothing but destruction in its wake. Their costs up 22% on average from last year, we are now losing 50 pubs a month for good. With the entire country being plunged further into a cost-of-living crisis that shows no signs of let up, there is nowhere for these businesses left to go.

“Our pubs and brewers want to remain strong, serve their communities and have the potential to support the Government’s mission to level up every single part of the UK. They have stood at the heart of villages, towns and cities for centuries. They pulled through the pandemic but are now faced with an existential crisis that will undoubtedly force more business closures in the coming months, as they simply have no options left. More is needed from the Government to secure their future.”

“Adds to the Uncertainty”

“They say that no news can be good news and today we see that the Chancellor is yet to make a decision on beer duty, or whether it will increase in line with RPI. However, this lack of clarity adds to the uncertainty facing the sector as independent breweries battle significant energy increases, supply issues and a cost of living crisis.

While the extension of the retail, hospitality and leisure business rate relief support to 75% is welcome, once again small breweries are likely to miss out on this support even though they are at the heart of the hospitality sector. Previously the Government introduced the Additional Relief Fund (CARF) for those businesses, like breweries, that missed out on support and its disappointing this has not been repeated today.”